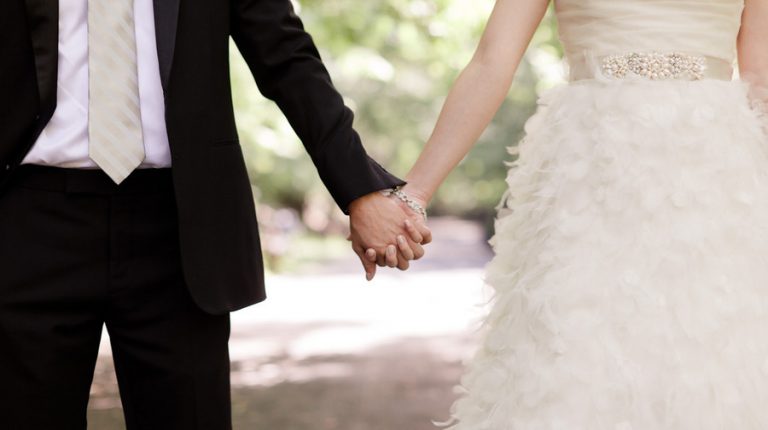 Sometimes, it is understandable that two partners could get divorced because one of them was not interested from the beginning and was pressured by family or society, but it is difficult to understand the reasons why two partners who loved each other for years could suddenly decide to separate.

Divorce rates in Egypt have been on the rise during the past years. In 2017, the Egyptian census, according to the deputy minister of health and population, confirmed that the total number of divorced people reached 710,850. Divorce cases occur mostly in the age group between 25 and 30 years old. The causes of divorce are varied, including financial troubles, social incompatibility between spouses, lack of responsibility, drug addiction, and the interference of family and friends in married couples’ lives, all of which can lead to child exposure to violence, neglect, and school dropouts.

A total number of 240 cases of divorce occur daily in Egypt, making the country first in the world in terms of divorce rate, which rose to 40% over the past half century, at a rate of approximately one divorce every six minutes. The country, according to cabinet reports, has 2.5 million divorcees.

Divorces have become a disturbing phenomenon because they threaten social cohesion, especially in the presence of children, and the issue requires a community response to solve its causes.

In a previous interview with psychologist Hoda Zakariya, she highlighted that one of the main threats that would damage any relationship is being concerned on money more than the value of human beings especially in modern societies.

Focusing on the concept of fancy marriages is the reason why most relationships end, as in the beginning, they care for money, big apartments in high-class areas, and expensive jewellery and dowries, Zakariya said, adding that marriage should be accepted not just by the bride and groom, but also by the families of the bride and groom, and what is more attractive to parents is money and social class, believing that this what secures their children’s live.

“We can rarely find supportive families, who teach that life can began step by step, and that both partners should build their houses together, and that marriage life should be more important than money,” she said, noting that sometimes when a family accepts a partner who is from a lower social class or not financially the same as their children, they will never accept them on personal basis and will always show unflattering feelings towards them in way that could increase tensions between married partners.

The nature of marriage in our society has become based on a mere “contract,” in which both parties agree to a divorce benefits and what will happen after it, instead of agreeing on a way of life and understanding; everyone seems to only be concerned about planning how it will inevitably end.

Money has dominated the course of married life in our society, not only at the beginning and end of marriage, but also as husbands and wives seek money. The definition of happiness is believed to be summed up in a luxurious life more than about human coexistence of spouses and their children, the psychologist said.

Interference of family, relatives, and friends

Zakariya explained that families have been greatly interfering in the lives of their married children, inciting partners against each other, instead of calming the situation and supporting them.

Nowadays, some brides and grooms tell each and every detail to their friends and parents, usually hearing different views that could be against the interest of their marriage which leads them to do things that would damage their lives in wedlock.

Mahera Mohsen, a 33-year-old divorced lady with one son, said, “my ex-mother in law was interfering in everything; my husband used to tell her everything happening between us, even our sexual relations. This was really always annoying me; I talked with him hundreds of times about changing this. I needed us to maintain our privacy as his mother was telling everything [about our marriage] to all his family members. He never listened to me and kept defending himself by saying that she is his mother and I have to accept this, otherwise we could split up.”

As a normal habit of human beings, when one feels depressed or upset, he or she chooses to go to a friend or relative, perhaps subconsciously, to confide in them their thoughts or sufferings, and in order to hear others’ views to fix their issues. Sometimes hearing what others could recommend for a certain problem could not be a solution for the issue, but an action that will perpetuate it.

By surrounding themselves with an environment of friends, or even parents, does not support the continuation of marriage, and could even encourage divorce, said Zakariya. She added, now we hear a lot of words like “why do you bear her or him, what forces you to do so?”

Violence is on the rise, females have changed

Zakariya, who is also a professor of sociology, emphasised that domestic violence is one of the manifestations of a feeling of inferiority of masculinity, as well as the absence of the concepts of pride and dignity, and a lack of respect for women, nor protecting and treating them well.

Maysa Mahmoud, 26, said after one year of marriage, her husband “started to slap me. This was really surprising at the beginning. I talked to him once, but he repeated it again. I was shocked because we used to love each other for four years; he was older than me by three years. I got divorced and I am completely fine with the decision, I can’t live with an aggressive man, despite how much I loved him. In the future, this would have impacted our children’s behaviours and respect for us.”

Moreover, in Egyptiann society, it was common for women to live for their men, take care of them, and respond to all their commands. Marriage was their only purpose; in their heads, there was no option but to be enslaved to their families and men, without it mattering whether the man was good or bad.

Feminism and education taught women how to be powerful, as they now can easily complain about flawed husbands without fear of being badly treated or assaulted, and can fight with them, and also even request a divorce in some cases, which was not the case in the past.

Females have become more independent and strong after being welcomed in Egyptian society to work and contribute to develop it, which resulted in adopting the idea that marriage is not a big deal and that women can live alone or can remain as single mothers who can perfectly raise their children, said Nourhan Saad, a journalist on feminism topics.

Generally, divorces happen when expectations of both couples are not met. One can have a perception in his or her mind while reality may be the complete opposite, which is why they get frustrated and seek divorce as the solution, Saad also said, adding that if there is no option to divorce, like in the past, people would remain married, but not necessarily happily married.

Moreover, Walaa Hassan, a 33-year-old divorced woman, said females have totally changed and are not weak as they use to be. Before, she said, females use to bear, wait, and try to be understanding, but now, they have less patience with men, and are not waiting for anything from them as they can work for themselves and earn money and go and enjoy their lives on their own.

Hala Hossam, a 40-year-old married woman, said that girls are no longer getting married just for the sake of being in a relationship and neglecting the responsibilities that come with marriage that they will surely face if they get marry very young without being sure if they are ready or not, and the same also applies to men nowadays.

It is also common for women to get pregnant a few weeks after marriage, Hossam said. However, they do not usually wait, as they should, for at least one year or a few months to make sure they are good partners for each other in marriage life, she added.

Parents themselves should provide their children with marriage awareness as sometimes, they are the ones who pressure people into disastrous marriages, she concluded.

In the lap of the gods