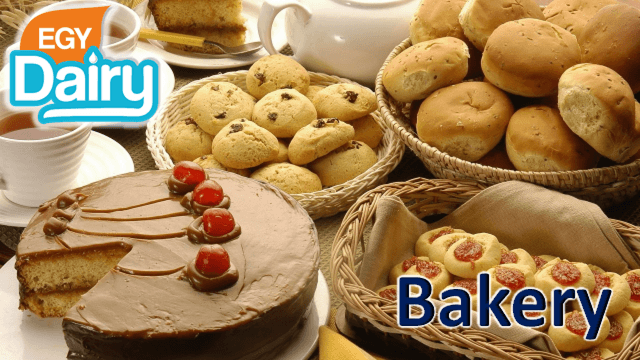 The Egyptian Company for Dairy Products & Food Additives (Egy Dairy) is aiming to increase its sales by about 20% this year to EGP 120m, compared to EGP 100m last year.

Karim Mohamed, chief financial officer, said that Egy Dairy produces intermediate commodities in the food industry such as dairy, cheese, cake, and pastries, which are essential elements of the production process.

He explained that the company is working on a new project to increase production through the injection of new investments worth EGP 15m, intending to export grapes of various types starting from next season.

He pointed out that the real operational capacity of factories at the moment ranges between 5,000 and 7,000 tonnes per year. The company is currently working on modernising its production lines, which are expected to double capacity to between 10,000 and 12,000 tonnes. The new production lines are due to enter operation by the midlle of this year.

The aim of the increase in production is to expand exports during the coming period, especially since the company’s deems its exports to Saudi Arabia and Sudan weak. The company seeks to develop its operational capacity in parallel with actively attending international exhibitions.

He said that the company has not settled on a clear vision for its export process nor the most important countries it can deal with. It is still studying markets and their needs, foremost of which is its expansion in the Saudi market through new clients, in addition to potentially entering the UAE afterwards.

The company exports its products to the markets of the EU, South Africa, and the Gulf countries. It is seeking to expand in Saudi Arabia to raise its exports and ability to achieve its overall sales target.

He pointed out that Egy Dairy produces chocolate, liquids and pastries, and powder.

He added that the company began to produce “Milky” chocolate last year, as its first fully self-produced product. It is considering the introduction of some other products during the coming period, most importantly, chocolate spread, especially after the recent decline in the volume of its imports.

He pointed out that the food industries sector was affected during the past period following the flotation of the pound, which increased the prices of imported raw materials, and a rise in inflation, which affected the purchasing power of consumers locally.

He pointed out that most sectors of the food industry depend on imported raw materials because of the weak production of the domestic market. Also, component goods form a large part of imported goods. For example, the company imports phosphate salts, milk substitutes, and starch. Such products have no local alternatives.

He pointed that the market needs, over the upcoming period, to expand the production of raw materials domestically to reduce the cost of production as much as possible and help the market recover as well as to improve competition in foreign markets.

He also called for launching a second fair in Egypt in parallel with the Food Africa exhibition.