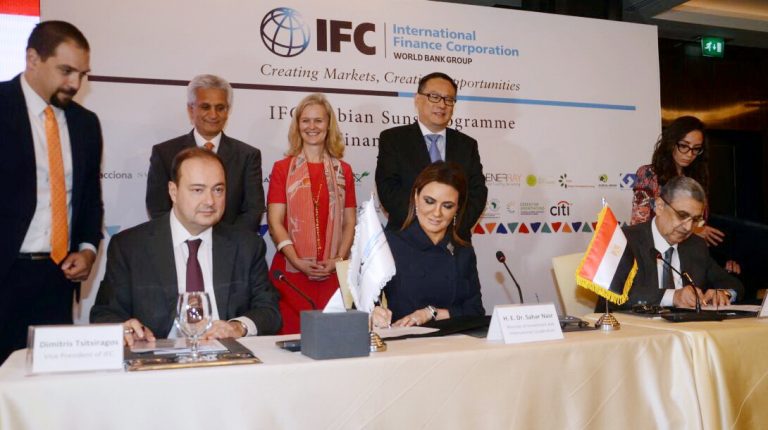 A delegation of tax experts from the Organisation for Economic Co-operation and Development (OECD) will visit Egypt on 6 March to exchange experience on dealing with a loss of tax base as well as combating tax evasion, said deputy minister of finance for tax policies, Amr El-Mounir.

During a meeting held by the American Chamber of Commerce in Egypt’s customs and taxation committee on Monday night, Al-Mounir said that the OECD will issue in March a manual on how to impose taxes on digital activities companies. He noted that the ministry has already developed a perception about this issue, however, it will await the OECD’s manual to benefit from it.

Al-Mounir added that all taxpayers will be required to submit their tax declaration electronically starting from next fiscal year (FY) 2018/2019. He stressed that all manual tax returns, whether of individuals or companies, will be replaced with electronic ones.

There is a plan to automate all operations of the Egyptian Tax Authority (ETA) within three years and to terminate any paperwork because such methods are no longer used by any country, he added.

Al-Mounir revealed that the ETA will launch a website dedicated to receiving electronic tax returns, pointing out that it is also studying collecting taxes through electronic payment services.

On the other hand, Al-Mounir announced an organisational restructure of the ETA, where it will include only 14 sectors rather than 23, including an international tax sector consisting of several concerned departments.

Regarding the International Monetary Fund (IMF)’s recent recommendations on tax reform, such as increasing progressive taxes and reducing exemptions, Al-Mounir said that the ministry has been planning to apply these steps since 2016, and it has already implemented a large part of them. He noted that IMF experts did not expect that Egypt could increase its tax revenues by 1% of GDP annually, stressing that the ministry intends to continue implementing its plan until tax revenues reach 17-18% of GDP by FY 2021/2022.

Al-Mounir said that the Finance Ministry is preparing to replace stamp duties with a capital gains tax on stock market transactions because the latter is fairer but the ministry needs to ensure accuracy in this step.

Christine Lagarde, managing director of the IMF, stressed in an interview with Daily News Egypt on the importance of establishing a fair tax system in which all society’s members would participate, not only junior employees and workers.

Al-Mounir said that the recent developments showed the urgent need for establishing an Arab tax organisation like the African Tax Administration Forum, pointing out that the OECD has offered its help in this regard. He explained that an Arab tax orgainsation will contribute to unifying terminology, standards, exchange experiences among Arab countries, and facilitate amending any bilateral or international tax agreements, in accordance with OECD standards, especially for those who have joined the organisation, such as Egypt, Tunisia, Kuwait, and the UAE.