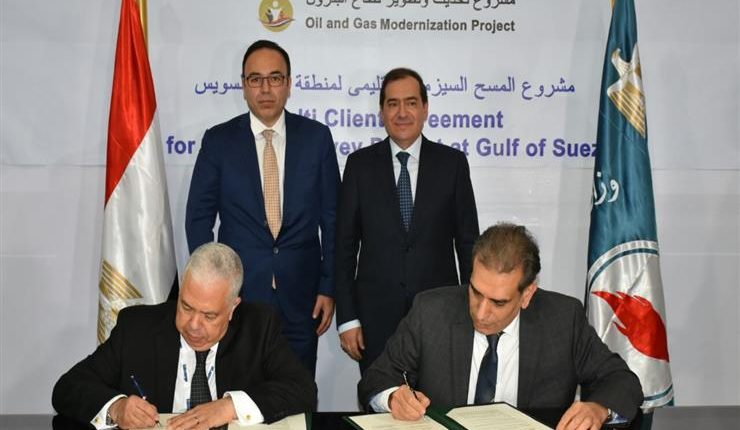 Egypt’s Ministry of Petroleum signed an agreement with international oil services company Schlumberger on Wednesday to conduct a seismic survey in the Gulf of Suez, according to a statement issued by the ministry.

Earlier on Monday, during the first day of the Egyptian Petroleum Show 2018, Egyptian Minister of Petroleum Tarek El-Molla announced that the ministry has reached an agreement for the seismic survey but did not announce the company at the time.

“The region is still full of promising petroleum prospects that require further work and studies to rediscover the gulf’s petroleum reservoirs and those that have not yet been discovered,” El-Molla said in a statement.

The agreement comes in line with the government’s efforts to transform Egypt into a regional energy hub and attract more investment to its energy sector, in addition to accelerating production in the recent natural gas discoveries in order to become gas self-sufficient by the end of 2018.

Egypt has successfully increased its natural gas production rates to reach 1.6bn cubic feet per day in 2017, marking a 40% increase from 2016. The increase came after the start of initial production from the giant Zohr field in the Mediterranean, as well as other gas fields, such as Nooros and Atoll.

No reduction in prices of gas supplied to factories: Petroleum Ministry

‘Canadian intelligence warned me twice of people spying on me’