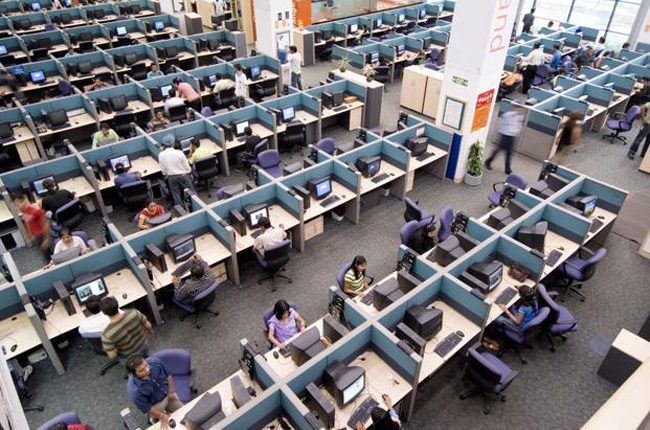 A recent report issued by the International Data Corporation (IDC), a global research and consulting firm headquartered in Framingham, Massachusetts, US, has initiated a study to understand global market trends and opportunities for the Egyptian offshoring industry in relation to information technology outsourcing (ITO), business process outsourcing (BPO), and knowledge process outsourcing (KPO).

The research found that total Egyptian IT and IT-enabled services (ITeS) export industry was worth over $3.25bn in 2017.

IDC expects this figure to grow at a compound annual growth rate (CAGR) of 13.4% over the 2017-2020 period, spurred by the considerable efforts of key stakeholders such as the country’s Ministry of Communications and Information Technology (MCIT).

According to the study, the overall Egyptian IT/ITeS industry—including export, onshore, and in-house services—employed over 292,000 people in 2017, and the IDC expects this figure to rise to 378,000 by 2020.

“Egypt has identified the enormous potential of the IT/ITeS industry as a strategic lever for enabling the overall development of its economy and broader society, and significant investments have been made in ramping up the country’s capabilities to become an established leader in this space,” the study said.

“The MCIT has been progressively developing the Egyptian ICT sector, making significant strides on different fronts of the industry, which have boosted investor confidence in the sector as well as Egypt’s positioning in the global marketplace,” said Yasser El-Kady, minister of communications and information technology.

He noted that the ICT sector has been witnessing unprecedented growth and is currently the country’s largest contributor to GDP growth.

“Building on this momentum, we are setting an ambitious target to reach an export revenue of $20bn by 2025, through expanding on the country’s IT/ITeS offerings, and surging exports of electronics manufacturing and regional mega projects.”

At the current rate of growth, the IDC believes Egypt’s IT/ITeS exports will make a significant contribution to this target, but the industry will need to continue exploring innovative new technology streams and business models in order to make it happen.

The study noted that the Egyptian BPO industry’s export revenues totalled $1.9bn in 2017, accounting for 58% of the country’s total IT/ITeS exports. Meanwhile, Egypt’s ITO export industry was valued at $771m for the same year, constituting 24% of total exports.

Egypt has been attracting a fair amount of interest from multinational corporations. These include the likes of IBM, which has set up six centres in Egypt; Valeo, which has its main research and development (R&D) centre in Egypt; and Mentor Graphics, which hosts its biggest R&D centre outside the United States in Egypt.

In addition, Egypt is also one of the market leaders in the global BPO export space, with its projected growth rate for the next three to four years to be at least double that of the global offshore industry average.

With specific strengths around electronic manufacturing services, Egypt also has a strong KPO market, which—at $55,400—recorded the highest revenue per employee of all the segments in 2017.

Expanding beyond Cairo has been a key part of the industry’s ongoing transformation, with modern technology parks being built and becoming operational in places like Assiut, Alexandria, Sadat City, and Beni Sueif.

The smart city initiative for the country’s New Administrative Capital, with its focus on big data and the Internet of Things, as well as the continued focus on cybersecurity (Egypt currently ranks 14th in the ITU’s Global Cybersecurity Index) are further enablers for building out the ecosystem. Furthermore, Egypt’s high mobile penetration rate and its recent launch of 4G networks are expected to boost the mobility segment of the industry.

The technology innovation ecosystem is booming in Egypt, with the United Nations Development Programme (UNDP) selecting Cairo to host its first Regional UN Technology Innovation Lab (UNTIL) in Africa in 2017.

This traction has been driven by the outstanding success of startups and small and medium enterprises (SMEs) in Egypt. Furthermore, numerous industry collaborations with best-in-class ICT organisations continue to be put in place, with the aim of further empowering the thriving ecosystem of entrepreneurs and SMEs.

One such example is IBM’s provision of support for SMEs in the country through its cloud computing and data analytics solutions. With these collaborations already beginning to bear fruit, Egypt’s offshoring industry is poised to grow from strength to strength.