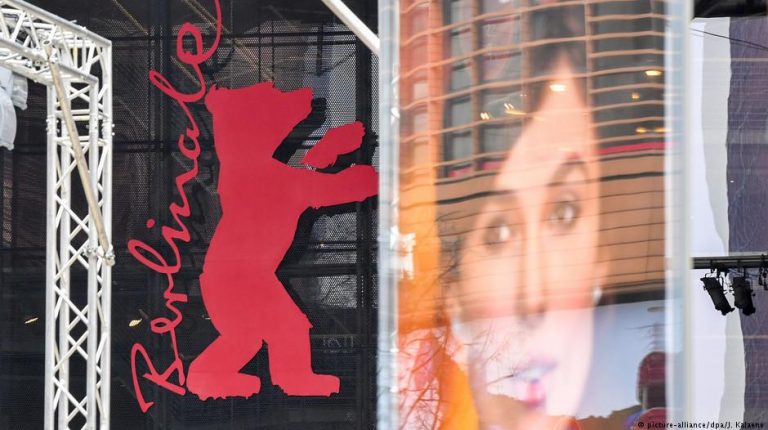 Are you ready? The 68th edition of Germany’s largest film festival starts this Thursday and will showcase almost 400 new productions. Here are a few highlights of the rich program.1. All eyes on the prize

Just like every year, the run for the Silver and Golden Bears is at the center of everyone’s interest.

In 2018, a total of 24 films will be screened as part of the festival’s competition, 19 of which are eligible for the Golden Bear. Silver Bears are awarded in different categories, such as best directing, acting and screenplay.

Directors such as Steven Soderbergh, Gus Van Sant and Wes Anderson, who will open the festival with the animated film “Isle of Dogs,” are the most famous names on the list this year. The festival will also welcome filmmakers Benoit Jacquot and Cedric Kahn from France, Aleksei German Jr. from Russia, Malgorzata Szumowska from Poland or Lav Diaz from the Philippines.

Countries such as Mexico, Paraguay and Iran are also represented in the competition.

German production companies contributed to 10 of the 24 competing movies this year.

Titles such as “Daughter of Mine” from Italy or the Romanian drama “Touch Me Not” were co-financed by Germany. In a globalized world, the number of international co-productions is constantly increasing, making it increasingly difficult to define cinema in national terms.

Four films in the competition are specifically German productions: “Transit” by Christian Petzold, “In The Aisles” by Thomas Stuber, “My Brother’s Name is Robert and He is an Idiot” by Philip Gröning and “3 Days in Quiberon” by Emily Atef.

Young German cinema will be screened in the “Perspektive Deutsches Kino” section.

3. A diversity of themes

There is no overarching topic or motto this year, said festival director Dieter Kosslick at the press conference presenting the program, offering this perspective instead: “For 10 days you will have the opportunity to discover how filmmakers today see the world and its diverse societies, lifestyles and horizons of experience.”

The individual voices of the 400 films in this year’s program couldn’t possibly be packed under one overarching theme, yet one thing is clear: This year’s Berlinale will focus on the repercussions of the Harvey Weinstein scandal, the #MeToo movement and the position of women in the film industry. A panel discussion will deal with these current issues.

A modern film festival is nothing without big names — and like every year, thousands of artists are coming to Berlin to present their movies personally to the audience.

Directors Wes Anderson, Gus Van Sant and Steven Soderbergh are to come accompanied by the stars of their films. Emily Watson, Rosamunde Pike and Mia Wasikowska, as well Robert Pattinson, Joaquin Phoenix, Bryan Cranston, Jeff Goldblum and Bill Murray are the most prominent actor expected on the red carpet. Greta Gerwig, whose film “Lady Bird” is nominated for two Academy Awards is also to attend the festival.

The Berlinale will not be short of European stars, either. Isabelle Huppert, Fanny Ardant, Gaspard Ulliel and Tahar Rahim make up just a fraction of the French squad, while Alba Rohrwacher and Valeria Golino will represent Italy.

Mexican actor Gael Garcia Bernal, starring in the competition film “Museo” will also be in Berlin.

The “Forum of International Film,” now known as Forum, was introduced in 1970. After 48 years of existence, the special section of Berlinale is still going strong.

This year, it will unveil no less than 44 films that focus on documentary and political narratives. The audience can look forward to seeing unexpected stories from China, Korea or Morocco, with two features from the country exploring gender relations in North African society.

The anticipated documentary by Ruth Beckermann, “The Waldheim Waltz,” which focuses on the controversial Austrian President Kurt Waldheim (in office from 1986-1992), will also premiere in the section.

5. A panorama of the world

Panorama is another special section of the Berlinale, and it almost feels like a festival of its own due to its busy schedule.

Again, documentaries and feature films run here side by side but are traditionally more open to the general audience as the ones shown in the Forum section.

There are 16 directorial debuts among the 44 works this year; many of them deal critically with the current political and social issues in many regions of the world.

The German-Austrian film “Styx,” for instance, tells an exciting story of a strong woman whose sailing trip gets complicated when she becomes the only person who can help a group of refugees.

6. No future without the past

The Retrospective section is one of the highlights of every Berlinale. This year, the festival will commemorate the 100th anniversary of the end of the First World War and will devote a portion of its program to the cinema of the Weimar Republic.

The titles of that era made German film known all around the world, but the retrospective will not focus only on famous classics. As the organizers promise, “the whole variety of Weimar productions will be presented.”

Read more: The Roaring Twenties — an illustrated trip through an eventful decade

A special screening of the 1923 silent movie “The Ancient Law” will be accompanied by live music.

7. A rich program for children and teenagers

The Generation section is aimed at a younger audience.

Its program of 41 titles focuses on features that talk openly about the everyday life and experiences of children and adolescents, often in challenging situations, said the organizers.

Renowned German filmmaker Hans Weingartner will be opening the section with his latest film, “303,” a road movie.

The Berlinale is not only about screening the latest productions. The main aim of many filmmakers is to sell their movies to international or local distributors.

More than 9,000 investors, license specialists and producers will get the opportunity to offer and acquire new products at the 30th edition of the European Film Market. The international film trade fair is held at the Martin Gropius-Bau and the Marriott Hotel.

Canada has been selected as the host country, and sections such as Africa Hub will shed light on local productions.

From the big screen to TV and vice-versa

No film festival is today really complete without TV series — and the Berlinale has been a pioneer in this trend. This year, various entries from Germany, the US, Israel, Australia and the Scandinavian countries will be screened.

“Bad Banks” by Christian Schwochow takes place in the world of high finance in Frankfurt and Luxembourg, while the US series “The Terror” follows the story of the famous polar expedition of the researcher Sir John Franklin. The three first episodes were signed by German director Edward Berger.

The festival will also offer a first glimpse of eight new yet-to-be-finished productions. The now world-famous “Babylon Berlin” by Tom Tykwer was pitched years ago to the international audience during a similar Berlinale screening.