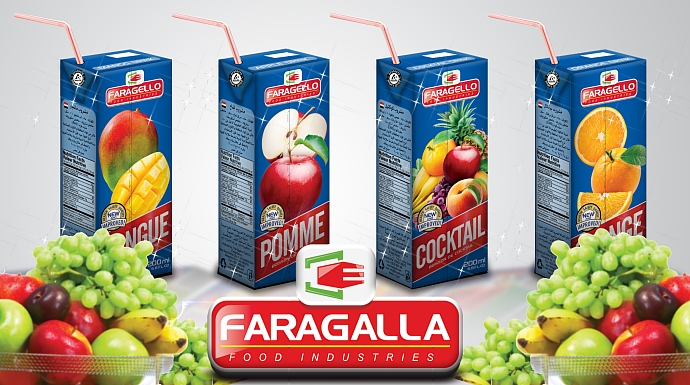 Faragello Food Industries aims to raise its exports to $80m by the end of this year, up from $50m last year, marking a 60% target increase.

“The decline in purchasing power in the domestic market following the decision to liberalise the exchange rate and the rise in commodity prices strengthened the desire of companies to expand exports to compensate for the decline in domestic demand,” he explained.

Faragello was founded by Mohamed Farag Amer in 1973. It has since grown to be one of the largest and most diverse companies in the Middle East.

Abdul Sabour said that exports account for 50-60% of total sales, noting that the company is always seeking to develop its products and diversify sizes based on demand.

“Some countries prefer a sauce package of 70 grams, so we have to keep to their taste,” he explained.

He pointed out that the company is facing non-disbursement of export incentives worth EGP 50m since seven months.

He further said that the company’s exports were affected by the tension of political relations with Sudan and the ban from Saudi Arabia on importing some Egyptian crops such as strawberries and juice concentrates.

“We have been affected by Sudan and Saudi Arabia because they are the two biggest markets for the company, where Sudan accounts for 10% of exports,” he noted.

Saudi Arabia has issued a ban on the importation of Egyptian crops such as strawberries and peppers due to pesticide residues during the past year.

Abdul Sabour pointed out that the decision to liberalise the exchange rate reflected positively on the company’s exports despite the increase in production costs at rates ranging between 40% and 50%.

He explained that the rise of the exchange rate by 100% contributed to the absorption of the increase in costs, but companies operating within the local market are most affected by the inability to absorb this increase due to high prices of electricity, transport, packaging materials, and labour wages.

He added that some exporting companies benefited from the floatation of the pound, especially in the first few months after it, since they had stored raw materials at old prices.

The group produces 1,000 products through 20 plants. Its products are exported to over 110 countries, including North America, Africa, and the Gulf States, and the company is seeking to expand during the coming period in the countries of the Far East.

He added that all the company’s products are exported abroad at varying rates, where the demand for products varies from one country to another.

He pointed out that the company takes part in all foreign exhibitions every year to meet new clients through direct contact.

He called on the Export Development Authority of the Ministry of Trade and Industry to reconsider the support allocated for exhibitions, explaining that the current system reduces the support of large companies at the expense of small businesses.

He noted that Egyptian manufactures do not face any export problems such as those faced by some agricultural crops in some Arab and foreign countries.