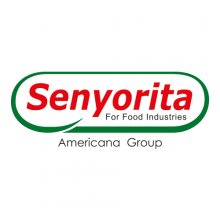 Senyorita Group for Food Industries aims to increase its exports this year to $8.5m, up from $7.6m last year, marking an increase of 11%.

He pointed out that the company aims to expand its export of biscuits—which are very popular—to the South African market during the current year.

On the challenges facing the company, Younes said that some markets stopped importing from Egypt last year for political reasons, including the Sudanese market. The high cost of transport to Libya forced exports to decline.

He noted that the disturbances and wars in Yemen led to the suspension of operations at Hodeidah port and its replacement with the port of Aden, which led to higher freight costs and thus export costs.

Younes said that high transportation cost in the countries where ports are not able to receive shipments has hiked export costs by 50%.

He explained that exporters need subsidies for their shipping costs, noting that the government’s export incentive has not been disbursed since the middle of 2016.

Younes demanded the need to commit to the Food Export Council (FEC)’s plan to increase exports until 2020 and draw a map for target countries to establish promotion centres and activate the exports incentive programme.

He also said that the Egyptian market is capable of attracting investments, especially in the food industries sector, thanks to its high population and the growing need for food of different types.

He added that prices will be stable as long as the exchange rate does not change dramatically in the first half (H1) of this year, seeing a link between the rate in H2 2018 and the situation after the upcoming election.

Younes pointed out that foreign exhibitions promote Egyptian products, adding that the company is keen on participating in them which is why he urges the FEC to expand in these exhibitions.

He noted that the most important obstacles to food commodity companies are merchants who buy large quantities and independently export them, which damages the reputation of the products, especially if the goods are damaged due to poor transport and shipping.

He pointed out that the products allocated to local production are usually smaller in size, while products destined for export are larger. “The merchants, or exporters in this case, sell at lower prices, thus causing problems between companies and the agents in different countries,” he explained.

He noted that Senyorita imposes quality controls throughout its production stages.

As for the competition with imported products, he said that efficient market rules impose non-closure but must remain open to export and import, which would increase competitiveness and force companies to raise their quality.