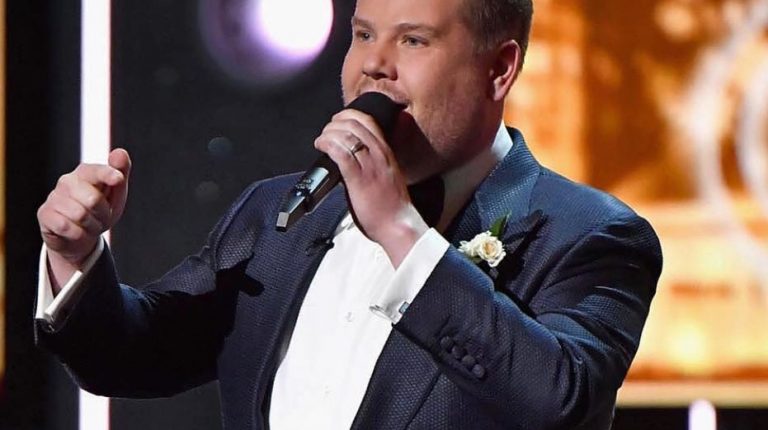 As the awards season is rapidly coming to an end, regional and local designers are taking great leaps on the most prominent red carpets. Menswear accessories brand Huwa recently celebrated an exceptional appearance on the stage of the 60th Annual Grammy Awards as well as the Palm Springs International Film Festival.

The local brand was the choice of the British comedian James Corden. The highly-followed entertainer was selected to host the awards event. As the night unfolded with many unforgettable performances, Corden’s sleeves featured Huwa’s evil-eye cufflinks.

Inspired by the founder’s childhood between Kuwait, Saudi Arabia, and Egypt; the brand often turns objects such as palm trees, daggers, and evil eyes into accessories. Hisham Wali is also often keen on embracing Arabic calligraphy in innovative forms.

In a matter of a few months after its launch in October 2017, Huwa has already attracted an impressive array of regional celebrities and fashion influencers, such as Egyptian actor Amr Youssef, UAE-based style blogger Ahmad Daabas, and Lebanese blogger Jad Hadid.