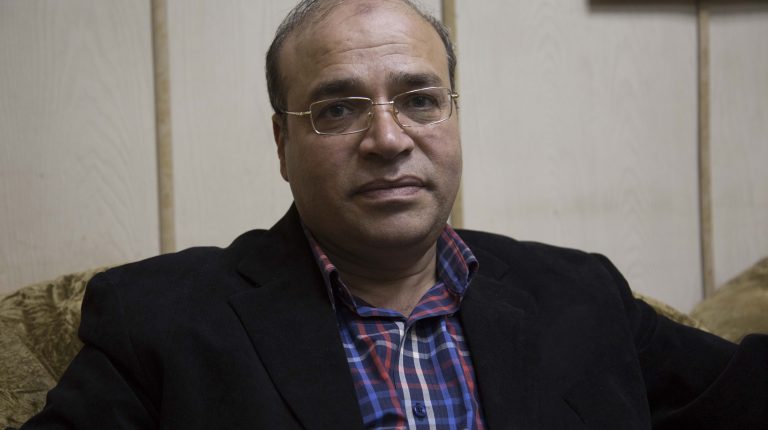 Egypt’s healthcare system is staggering under a myriad of problems, most prominent of which are medicine shortages and medical negligence in hospitals. The sector, however, has had some success, manifested in the stories of patients treated from hepatitis C and the approval of the Comprehensive Health Insurance Law.

In fact, the Egyptian Parliament played a major role in passing this law, more specifically, its health committee, which has been conducting studies on new projects and is tirelessly working on finding viable solutions for the health sector’s problems.

Makram Radwan, a member of the parliament’s health committee, opens up in this wide-ranging interview with Daily News Egypt.

Are you optimistic about the Comprehensive Health Insurance Law?

Yes, I am actually reassured because it is, first and foremost, a great accomplishment we have achieved all together. We discussed the bill in detail with all the parties concerned with its application. Needless to say the law is going to take time to be fully implemented. However, we needed to keep pace with the rest of the civilised world.

The most interesting thing about the new law is that everyone will get health insurance coverage.

And the amount of the payment is aptly commensurate with family income. Those incapable of paying will be covered by the state so that everybody will receive equal treatment.

We have adopted a health insurance system that is very similar to the French one, which is arguably the finest in the world.

How do you view the unwillingness of private hospitals to treat citizens in emergency situations in violation of the law?

Part of the problem is that citizens do not quite understand the meaning of an “emergency situation”. Emergency could be any kind of intravenous therapy such as a syringe or a splint to dissolve a blood clot that cannot withstand waiting for admission into the intensive care units when needed.

According to the law, citizens should report to the Ministry of Health, which will then decide if the citizen should be admitted or not. In the first case, the hospital will be notified, while in the second, the citizen gets to choose to move to a public hospital or pay for their medical treatment.

In case the ministry will bear the cost of treatment at a private hospital, this will last for 48 hours then the patient is transferred to the nearest public hospital that can handle the case. The law does not give patients the right to stay at a private hospital at will, but only provides this right in case of emergency.

The priority is for public hospitals, then the private ones if there is not any nearby public hospital. In all cases, the patient should not be ill-treated. There is a special section in the ministry for these cases, which is open 24 hours a day.

Have you followed up with the Al-Salam Hospital incident that led the Health Ministry to shut it down (for a month)?

Of course, we found that the ministry’s decision to shut down the hospital was wrong and merely an extreme reaction based on false information from the patient and his family. They falsely claimed that the hospital forced them to write an undated cheque of EGP 500,000 prior to the surgery, which was found to be a fabricated lie.

How do you evaluate the quality level of government hospitals?

Egypt has really serious problems with its public hospitals. It is the dire outcome of 50-year-long medical negligence. The real culprit for all these problems is the division of public hospitals into two types: one type operates under the Supreme Council of Universities, which are university hospitals, where there are a large number of consultants and professors, but they suffer from lacking the adequate health equipment such as hospital beds.

The other type is hospitals which are directly supervised by the Ministry of Health. Although those hospitals have a high number of graduates each year, they lack the necessary supervision for quality are, which is why a majority of patients tend to steer clear of them.

Now, we have hospitals that cannot accommodate all patients and others that are almost always empty. You see this dilemma!

Moreover, we also have a problem with the education and training of doctors. There is a big problem, especially in offering adequate medical training for new graduates. We submitted a bill to establish a Supreme Health Council that oversees all hospitals in Egypt, including university and public hospitals. This will be imposed with the new health insurance law.

How would a Supreme Council of Health contribute to the reform of the crumbling health system?

The proposed council will be composed of members of bodies supervising university hospitals and hospitals of the Ministry of Health. It will have 13 members. Any decision thereof will be obligatory upon all healthcare facilities in Egypt. Moreover, it will have a local branch in all governorates, chaired by the governor and the dean of medicine there. It will also include the Health Insurance Authority and the University Hospital Authority.

Are there other steps being taken by the committee to control practising health in Egypt?

How do we evaluate our health system compared to other countries?

In America, there are 150 faculties of medicine, the largest of which has 300 students. This is a large number for them. The other faculties have 80-120 students at most.

In Egypt, the number of students in each faculty ranges between 1,600 and 2,000 students. And we also have 24 faculties.

The number should increase to 70 at least. Each city should have its own faculty of medicine to serve the entire city. We started establishing a medicine faculty in Faqous, Sharqia governorate under the university there. It will be financed by the Health Ministry. This should be adopted in all governorates.

Are the provinces in Upper Egypt and Lower Egypt oppressed in the health system?

This is true because the medical colleges are far away from them. Most of their graduates tend to not return to their villages as there are no hospitals there.

This is my point. There should be a hospital in each city to employ doctors and increase the level of health care in all cities and villages.

We made a small adjustment to the health facilities in villages. These units used to have a general practitioner only; hence citizens did not prefer them, as most of them are young and underpaid and working in several areas, which makes them exhausted all the time.

We established a new system to have a consultant of all health specialties throughout the week. This reduced pressure on central hospitals and university hospitals.

Another proposal includes linking the wage of doctors to the actual work hours, which could reduce the number of doctors in hospitals in big cities and distribute them evenly everywhere.

What is the cause of the shortage of medicines in Egypt?

The first reason is that there are companies that produce drugs and lose money, so they stop production, as the prices of raw materials increased, though the government did not raise the prices.

The solution comes in three points. First: the Drug Pricing Authority should price the medicines at appropriate prices, since companies will not produce a drug that does not bring them profit. And they have to consider the cost of making the drug itself.

There is a distortion in the pricing system in Egypt. Some medicine prices have not changed over the years.

The other party is the Egyptian Drug Authority, which is responsible for the manufacturing of medicines. Its role now is only to provide medicine, but it is weak and almost non-existent. This authority should be restructured and activated to build its capacities further.

The third issue is raising citizens’ awareness of drugs and their similar alternatives. There are very expensive alternatives that do not have advertisements and pharmacies do not promote them.

How do you see what has been done in treating the hepatitis C virus?

What has been done in the system for the treatment of hepatitis C is a success story thanks to the political leadership. The Egyptian experience in treating it is a proof of the determination to eradicate this disease. The Egyptian experience is unique and a model for others. The World Health Organisation itself praised the achievements of Egypt in working to eliminate the disease in a record time, by 2020.