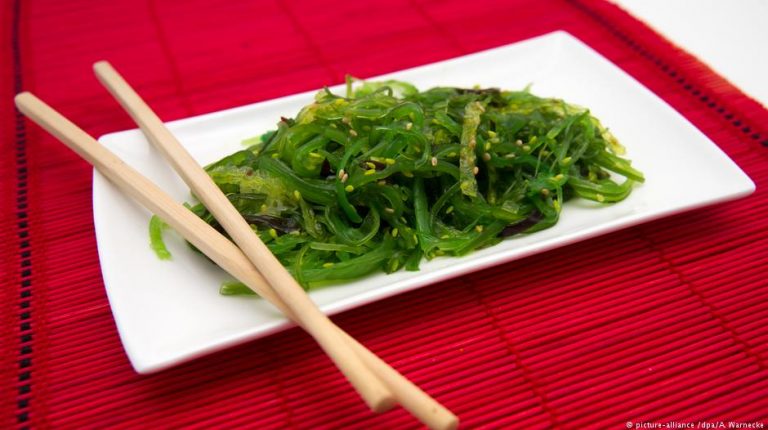 Seaweed is a global phenomenon and is often seen as either a plague or a blessing. Over the past 99 episodes, eco@africa has looked into the many uses of this marine plant — everything from superfood to clothing.Algae has seemingly endless potential. Besides being an integral part of our oceans and lakes, it can also be converted into fuel or turned into furniture. But it is susceptible to climate change and needs to be tended with care. Here are a few ideas from eco@africa about the possibilities and challenges of using this natural wonder.

Seaweed is not just a Japanese side dish. A pair of French entrepreneurs is taking advantage of their country’s coastal biodiversity to create an environmentally friendly alternative to plastic, made from locally grown brown seaweed. It is biodegradable, but the biggest problem is it costs around twice as much to make compared to fossil-fuel made plastics.

Besides being turned into plastic bags or office equipment, some creative people are weaving algae into the fashion world. One of the newest trends is naturally grown seaweed clothing. A German company has created a business around gathering algae from Iceland’s coast and turning it into a new type of cloth which can be used by the fashion industry.

In Zanzibar, seaweed is a big business and the country exports the natural wonder around the world. But as ocean temperatures rise due to global warming, yields have decreased. Now seaweed farmers are being forced to find new ways to make seaweed pay. Many have turned away from just farming to processing the cash crop into soaps, shampoos and lotions.

Farming seaweed is not just relegated to Africa. In Northern Ireland, a fourth-generation fishing family is diversifying their business and cultivating kelp and turning it into noodles. The seaweed provides a habitat for marine wildlife and requires no fertilizer. Now farmers only need to convince European diners that the nutrient rich veggie is tasty.

Not everyone loves algae though. It grows remarkably fast and can be a blight, killing off fish populations and other plants. In Trelleborg in southern Sweden, a plague of red algae which has blotted beaches and harbors for years is being put to good use. A new pioneering project is now turning the goop into biofuel.