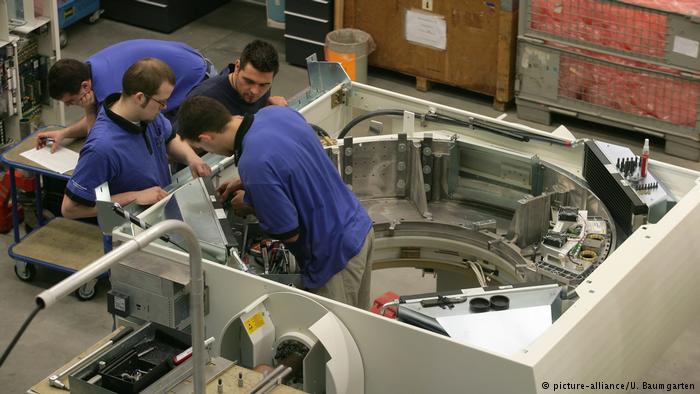 Prior to a planned IPO, German engineering giant Siemens is offering investors a minority stake in its medical imaging business Healthineers. The IPO itself is likely to become Germany’s biggest listing since 1996.German engineering group Siemens announced Monday it was planning to list a significant minority stake of its medical imaging and diagnostics business Healthineers without specifying how many shares it would offer.

Market experts reckoned that Siemens would float between 15 and 20 percent of shares, with the proceeds to go exclusively to the parent company.

Siemens said it expected the whole division to be listed on the Frankfurt Stock Exchange in the first half of this year.

The initial public offering of Healthineers is slated to value the business at about €40 billion ($50 billion) and will likely be Germany’s biggest listing since the privatization of Deutsche Telekom back in 1996.

The medical business, which competes with units of Philips and General Electric plus a host of smaller technology companies, plans a dividend payout ration of 50 to 60 percent of net profit once it’s listed.