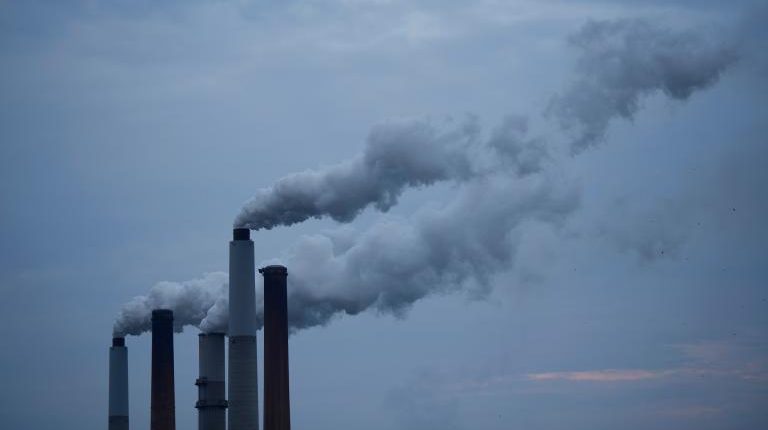 While lots of factors are directly and indirectly affecting the global economy and the peace of planet Earth, creating a whole package of risks and concerns for world leaders, the largest challenge of all that remains a main source of unease for the world’s stability and the growth of its economies, even the most gigantic and richest of them, is climate change.

The World Economic Forum, which is responsible for organising the annual Davos meeting, has discussed the annual Global Risks Report, which found for the second year in a row that business and political leaders think the world’s biggest threat is extreme weather resulting from climate change.

The Global Risks Report 2018, which was published only recently, said that among the most pressing environmental challenges facing the world are extreme weather events and temperatures; accelerating biodiversity loss; pollution of air, soil, and water; failures of climate change mitigation and adaptation; and transition risks as we move to a low-carbon future.

“In our annual Global Risks Perception Survey, environmental risks have grown in prominence in recent years. This trend has continued this year, with all five risks in the environmental category being ranked higher than average for both likelihood and impact over a 10-year horizon. This follows a year characterised by high-impact hurricanes, extreme temperatures, and the first rise in CO2 emissions for four years. We have been pushing our planet to the brink and the damage is becoming increasingly clear. Biodiversity is being lost at mass-extinction rates, agricultural systems are under strain, and pollution of the air and sea has become an increasingly pressing threat to human health. A trend towards nation-state unilateralism may make it more difficult to sustain the long-term, multilateral responses that are required to counter global warming and the degradation of the global environment,” the report said.

It explained that extreme weather events in 2017 included unusually frequent Atlantic hurricanes, with three high-impact storms—Harvey, Irma, and Maria—making landfall in rapid succession. According to the accumulated cyclone energy (ACE) index, which is used to measure the intensity and duration of Atlantic storms, September 2017 was the most intense month on record. It was also the most expensive hurricane season ever.

These extreme incidents continue a trend towards increasingly costly weather events over recent decades, although rising costs reflect factors such as the location and concentration of assets as well as changing weather patterns. Extreme rainfall can be particularly damaging. Out of the 10 natural disasters that caused the largest number of deaths in the first half of 2017, eight involved floods or landslides. “Storms and other weather-related hazards are also a leading cause of displacement, with the latest data showing that 76% of the 31.1 million people displaced during 2016 were forced from their homes as a result of weather-related events,” the report explained.

Pollution moved further to the fore as a problem in 2017 as air pollution resulted in more than one-tenth of all the deaths recorded globally each year, according to the World Health Organisation (WHO).

More than 90% of the world’s population live in areas with levels of air pollution that exceed the guidelines set by the WHO. Deaths are overwhelmingly concentrated in low- and middle-income countries, where health problems caused by pollution exacerbate strains on already stretched health systems and public finances. In November 2017, a public health emergency was declared in Delhi when air pollution reached more than 11 times the WHO guideline levels. Urban air pollution is likely to worsen, as migration and demographic trends drive the creation of more megacities. Soil and water pollution cause about half again as many deaths, according to findings published in October 2017 by the Lancet Commission on Pollution and Health.

Rising temperatures and more frequent heatwaves will disrupt agricultural systems that are already strained. The prevalence of monoculture production heightens vulnerability to catastrophic breakdowns in the food system—more than 75% of the world’s food comes from just 12 plants and five animal species, according to the Food and Agriculture Organisation of the United Nations, and it is estimated that there is now a one-in-twenty chance per decade that heat, drought, and flood events will cause a simultaneous failure of maize production in the world’s two main growers, China and the United States.

On the other hand, Scott Pruitt, head of the US Environmental Protection Agency (EPA), has suggested that the issue of global warming may be beneficial to humans, The Guardian reported.

He explained that humans are contributing to climate change “to a certain degree,” but added that humans have most flourished during times of warming trends.

In conclusion, the Global Risks Report recommended that action must be taken to counter the effect of natural disasters and climate change and their impact on the stability and peace of the planet. “We need to focus more acutely on the potential economic and societal risks that may arise as transition to a low-carbon and environmentally secure world accelerates, in addition to meeting the immediate environmental challenges that we face,” the report added.