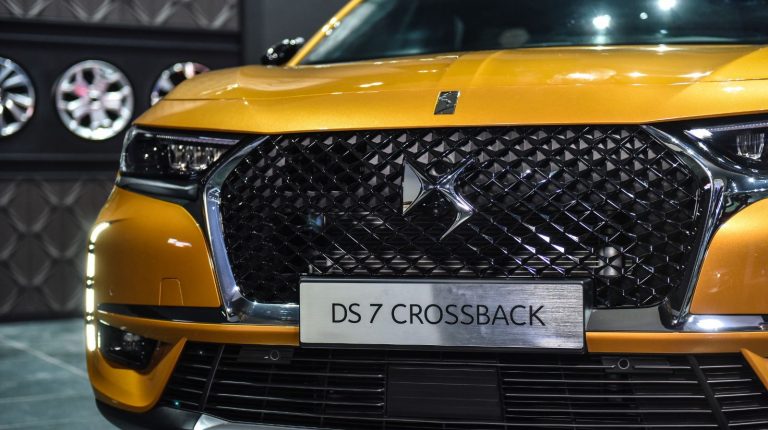 Ezz Elarab Automotive Group opened, on 31 January, the first DS Automobiles showroom in Egypt, marking a very special day in the local car market. The showroom included the official launch of DS and DS7 Crossback, the opening ceremony being the cars’ first reveal in Egypt.

Philippe-Jean Lafond, vice chairperson of Groupe PSA (the parent company of DS), opened the event and delivered a speech where he spoke about the value of the DS brand, which was recently launched in Paris, and chose Ezz Elarab to be its agent in Egypt.

Sophie Burke, director of DS Middle East, also spoke about the value of the brand and its dynamic characteristics that made it the icon of the French Groupe PSA in the world.

Hisham Ezz Elarab, chairperson of Ezz Elarab Automotive Group, delivered his opening speech by welcoming the guests who witnessed the opening of the first and largest DS showroom in the Middle East, which took nearly a year to establish in accordance with the parent company’s standards.

Ahmed Abd Al-Jalil, director of DS for Ezz Elarab Auto Group, spoke about the intensive training received by the company’s team in France, so that the presenting of DS to the market could be very special.

The opening ceremony was attended by Mohamed Adnan Serag, regional director of Groupe PSA in the Middle East and Africa, and Franck Tavernier, director of quality assurance of customer care for PSA, in addition to media reporters.


The DS7 Crossback is an SUV with a unique French “charisma” and attention to details. It boldly expresses the spirit of Paris, the capital of light and beauty. The DS7 Crossback features a dynamic and stylish personality with a powerful engine and easy means of communication, leaving you plenty of space to enjoy driving.
The DS7 has many technological tricks in its armoury. Night vision and an infra-red view of the road ahead can be displayed in varying sizes in the digital instrument panel—helpful for keeping eyes on the road and on any lurking animals. Impressively, the technology has been programmed to display a degree of common sense. It features Active LED Vision motorised headlamps (standard on performance line models onwards) that widen or lengthen the beam depending on the type of road (determined by the car’s speed and steering angle). The interior, meanwhile, is one of the car’s highlights. Where DS has put effort in—with the attractively stitched leather, decorative switchgear, and 12-inch widescreen colour infotainment system, for example—the car justifies the prices that are asked for it.

DS was launched as a car brand in its own right in 2014. Its curves and polished chrome trim has an almost unparalleled ability to turn heads if you are lucky to spot one on streets. Until now though, the cars released by DS have been very much reliant on the first 1995 brand.

The DS7 Crossback is the first “proper” all-new model from French luxury car brand DS Automobiles, along with its DS3, DS4 and DS5 siblings.