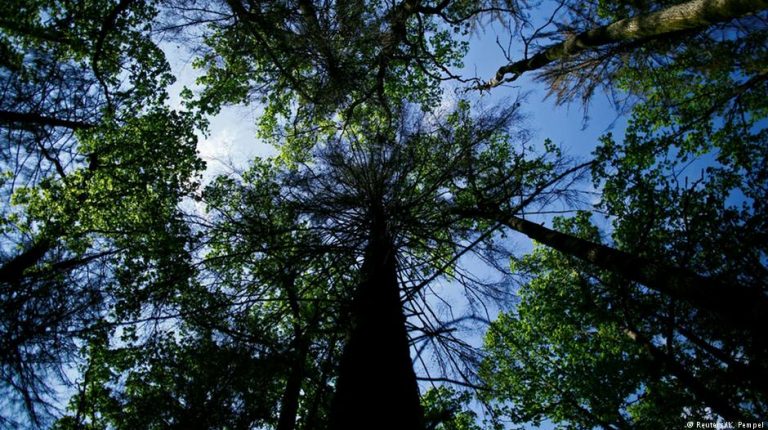 Europe’s highest court looks set to rule against what environmentalists see as an attack by Poland’s nationalist government on the continent’s oldest forest.A recommendation from the European Court of Justice (ECJ) Tuesday found that the Polish government had violated European law by allowing logging in Europe’s last remaining primeval forest.

Advocate general Yves Bot described Bialowieza as one of the “best preserved natural forests in Europe, characterized by large quantities of ancient trees and dead wood.”

The European Union’s highest court is due to make a final ruling in April, but traditionally follows the advice of the advocate general.

Poland’s nationalist Law and Justice Party government had opened up the forest to vastly increased logging, saying the removal of dead wood was necessary to control a spruce bark beetle infestation.

But scientists and environmental groups called this a mere excuse to allow profit from felling timber.

The forest is a UNESCO World Heritage site, and stretches across international borders into neighboring Belarus. Within Polish borders, the forest covers 60,000 hectares, and is home to a profusion of rare species, including lynx, bears, wolves and bison.

Polish Environment Minister Henryk Kowalczyk said the government would examine Bot’s opinion and “comply with the final judgment of the tribunal regarding the Bialowieza Forest.”

In January, a government reshuffle saw Kowalczyk replace his hugely unpopular predecessor, Jan Szyszko, who was dubbed the “minister for logging” for his promotion of logging and alleged connections to the logging industry.

Robert Cyglicki, director of Greenpeace Poland, said environmentalists would have to wait and see whether Kowalczyk lived up to his word. But he also was hopeful the government is finally responding to pressure both from Europe and the Polish public.

Szyszko’s policies had sparked public protest. Cyglicki says that anger over the destruction of the forest came from across the political spectrum, and the government is now realizing these policies are alienating even its own voters.

“I would say it’s not only the European institutions that made a difference in this case, I think it’s also pressure from public, including from conservative members of Law and Justice.”

Kowalczyk has said he will now engage with environmental groups on conservation efforts, pointing out that he is under pressure by economic interests.

“His mission is really to resolve the conflict, and we hope with the ruling on the table, it will be much easier for us to explain to the new minister what needs be done — and not be done,” Cyglicki told DW.

The European Commission had repeatedly called on the Polish government to cease logging, ultimately referring the case to the ECJ last summer.

Poland finally suspended logging in December, after the ECJ threatened fines of €100,000 ($117,379) per day if it continued, as an interim measure while the court case unfolded.

Cyglicki welcomed how the European Commission had asked for special measures to be applied over the case, speeding up the ECJ process.

“Usually, these type of proceedings take about two years, but in this particular case it’s going to be a little more than six months,” he said. “It’s quite a positive sign that European institutions can move fast if they want — if there’s a good reason for it.”

The case plays out against a broader background of EU member states facing challenges over policies that go against the bloc’s rules, touching on basic questions of self-determination versus rule of law. Many had seen Poland’s continued logging as defiance against the EU, with potential to escalate. Now, it seems Poland has backed down — at least on the logging issue.

Still, Greenpeace stressed that terrible damage has already been done.

“Minister Szyszko and his people broke the law,” Cyglicki said in a statement. “There is nothing that can change the fact that 19 square kilometers of Bialowieza Forest was devastated, half of which is remnant forest and over 100 years old.”

DW’s editors send out a selection of the day’s hard news and quality feature journalism. You can sign up to receive it directly here.