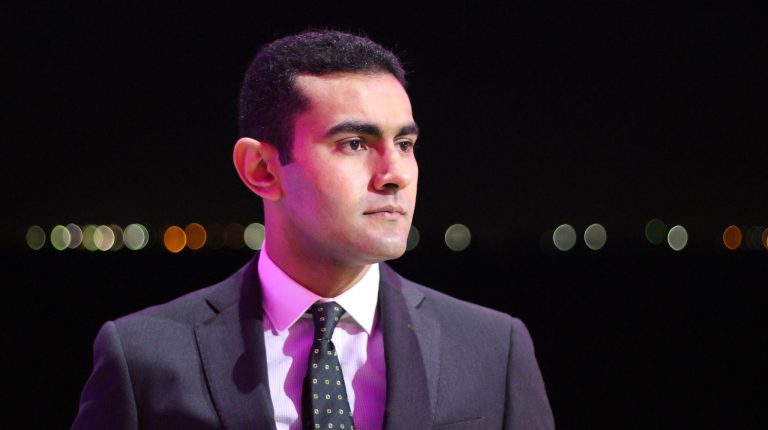 Life in Egypt did not, before 25 January, and still does not, after 30 June, live up to the aspirations of many of its inhabitants. Social welfare has been sacrificed on the altar of economic “reform”, as if that was the only hurdle impeding the government’s effectiveness to provide a decent life for all.

For more than a year (mid-2015 to late 2016) there had been a shortage of foreign currency in Egypt, especially US dollars. The shortage had fuelled the black market due to the difficulty to obtain the American currency. Amid such a shortage, rumours erupted that there would be a devaluation of the Egyptian pound against the US dollar. Despite such panicking and destabilising information circulating, the government did not release any statements declaring its economic orientation at the time. Black market dealers then reacted by purchasing dollars at the highest possible price. That highly contributed to the current price of the US dollar against the Egyptian pound and thus to the present falling living conditions as the prices of necessary goods have doubled or even tripled since the pound was floated while wages and salaries stayed the same.

The minimum wage rests at EGP 1,200 though. That calls to mind the iconic dialogue between the president and a member of parliament. During his visit to Damietta (23 May 2017) to inaugurate the Furniture City there, President Abdel Fattah Al-Sisi disparaged the said MP as he pled doe him to order the government to halt the then-awaited more austere measures of reducing energy subsidies. The MP also appealed to the president to urge the government to increase the minimum wage to EGP 3,000 in order to enable people to face the harsh economic conditions.

Further financial burdens were delivered. On 1 July 2017, the government approved and enforced the new value added tax (VAT), at 14%, which replaced the old sales tax (13%) on commodities and services, excluding 57 products. On communications and certain other commodities, another tax of 8% was added, both taxes jointly coming to 22%. Other taxes were frozen; 17 on May, the cabinet approved halting for three years the capital gains tax.

Bureaucratic austere actions with social impacts were taken too. In November 2016 the government issued an amended version of the Civil Service Law. The law look to downsize the 6.5 million employee bureaucracy that—according to Al- Sisi—can function with just 1 million workers. The law aims to “contain the wage bill, and to improve governance and the investment climate.”

A while back, on 6 August 2015, Al-Sisi inaugurated the newly dug waterway, commonly known as the New Suez Canal. The 35-kilometre waterway runs parallel to the 190-km main waterway of the original Suez Canal. The Suez Canal Authority stated that the newly dug waterway cost about $8bn, was funded by Egyptians only—through a domestic loan—and targets decreasing ships’ waiting hours from 18 to 11,  maximising revenues of the Suez Canal from $5.3bn at the time to $13.226bn by 2023, and to support the construction of developmental projects in the Suez Canal Economic Zone.

Despite having provided the treasury with revenues of $3.88bn during the period from July through March 2016, the Suez Canal’s revenues have fallen to $3.72bn during the same period of 2017. Economic expert Rashad Abdo denies the possibility that the new waterway could yield any economic prosperity soon, and assures that the Suez Canal’s success is in direct proportion to the volume of international trade. He also deemed insufficient the studies which preceded constructing the new waterway and the marketing campaign that preceded its inauguration.

Likewise, in March 2015, Housing Minster Mostafa Madbouly announced the state’s intention to construct a New Administrative Capital. Located about 45 km away from Cairo, to be constructed on 700 sqkm, and costing about $45bn over 12 years; the new capital aims to ease the Cairene scene of overcrowdedness and insufficiency of governance through moving the presidency, the, the Ministry of Foreign Affairs, and the parliamentary headquarters to it along with other ministries by 2019. Certain ministries’ headquarters will still remain in Cairo, namely the Interior Ministry as it was moved to Cairo’s relatively upscale Fifth Settlement area last year. In addition, the New Administrative Capital Company—a joint stock company with an issued capital of EGP 20bn, owned by the Egyptian Armed Forces (51%) and the New Urban Communities Authority (49%)—provides luxurious utilities and targets attracting universities, businesses, and high-end inhabitants as the price per sqm starts at EGP 3500. Construction was supposed to be carried out by China State Construction Engineering Corporation, a Chinese state-owned construction company, with Egyptian authorities to carry out infrastructure works. However, in February 2017 negotiations between the Egyptian government and the said Chinese company were declared failed due to the inability to reach an agreeable price for construction per sqm that suits the Egyptian government. In that light, the government started seeking other alternatives, including selling portions to Egyptian and Gulf construction companies and signing a memorandum of understanding with China Fortune Land Development.

Contrarily, historians, architects, and intellectuals denied the efficiency of the new project on precedent, humane, and technical grounds. Khaled Fahmy, head of the history department at the American University in Cairo, and David Sims, an American economist and urban planner, argue that Cairo’s needs of upgrading its infrastructure should have been honoured before providing more developed infrastructure to new cities that usually fail to attract newcomers despite the enormous state support. Intellectuals, on the other hand, believe that constructing a new capital is an episode in a fail-safe series of governing persons’ self-isolation from, and abandonment of, the masses.

In lieu, in my opinion, it is unlikely the 30 June regime tried, within the president’s first term, to apply “unconventional” solutions wishing to establish a balance between saving its populism and honouring its foreign International Monetary Fund-related obligations. Therefore, amid relinquishing flows of foreign direct investment and tourism, the regime decided and resorted to creating and irrigating massive labour-intensive projects in hopes of both keeping the economy functioning and boosting investors’ confidence. However, with the volume of international trade relatively low, and with Cairo’s problems unsettled and needs neglected; Egypt might not reap the fruits of backing such projects with what they may mean in burdening citizens with further financial hindrances.

Islam M. Elwany is a legist, observer of political affairs and policy analyst