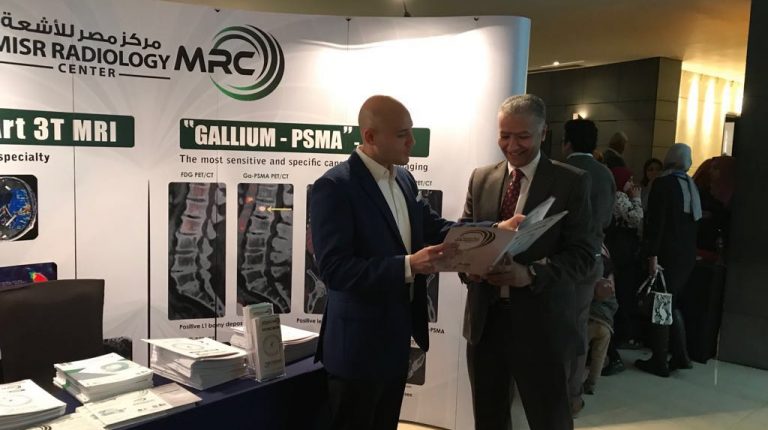 Sessions of the 1st International Forum on Bladder Cancer were launched in Cairo last week under the auspices of the Egyptian Cancer Society (ECS) to discuss the past, present, and future of bladder cancer and tumours that threaten a large number of Egyptian patients.

Yahia Omar, radiologist and head of the spectral analysis unit at Misr Radiology Centre (MRC), said that the latest scientific research on prostate tumours involves the use of radioactive gallium, which helps the early detection of the malignant disease in stages that could not be radiographed before, and then selecting the best way for curing and starting appropriate treatment before the spread and development of the tumour.

According to Omar, Gallium-PSMA (prostate-specific membrane antigen) is used to detect prostate cancer in particular because it is unique and characteristic in comparison to other cancerous tumours. In that process, the patient is injected with the radioactive material and the entire body is photographed using a positron atomic scanning device capable of seeing the tumour even if its size does not exceed five millimetres. He further explained that such scientific progress is very effective in the life of many patients in the country as prostate cancer is the second most prevalent type of cancer among men after lung cancer around the world.

Omar explained that the early detection of cancer is the most important step for patients with tumours. Modern radiological examination determines the stages of this malignant disease from the first stage to the fourth one, which expresses the extent of the tumour. The Gallium-PSMA test helps in determining millimetre-sized tumours in the prostate, and is considered the only way to detect tumours with sizes starting at half a centimetre, thus being much more accurate and effective than other less sensitive tests for the detection of early tumours.