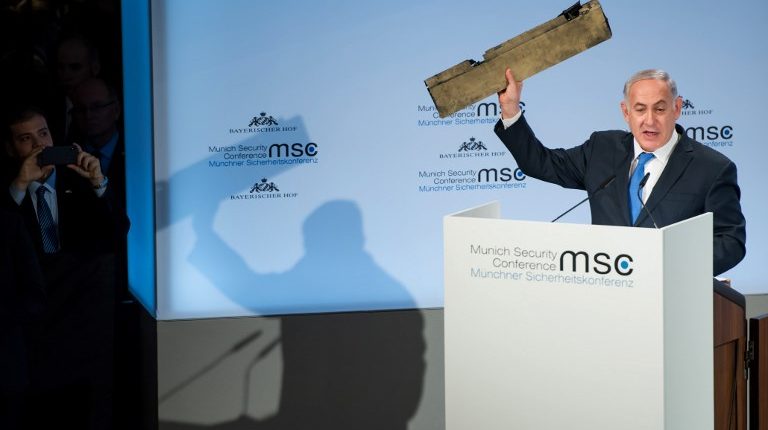 The 54th edition of the Munich Security Conference (MSC) of 2018 convened in Germany from 16 February to 18 February. The MSC brought together more than 450 senior decision-makers from around the world, including heads of state, ministers, leading personalities of international and non-governmental organisations, as well as high-ranking representatives of industry, media, academia, and civil society, to engage in an intensive debate on current and future security challenges.

The central theme of this year’s conference “To the Brink — And Back?” dealt with European security and the challenges facing Europe and the European Union in a changing international security atmosphere.

European senior officials attempted to analyse the nature of the threats and challenges to European nations, and how to develop a kind of a security union among European powers, enabling Europe to be more self-reliant in defending its borders and protecting its security interests.

Although the overriding theme was Europe-centred, the war-monger Israeli prime minister, Benjamin Netanyahu, brought the atmosphere of war engulfing the Middle East region to the Munich conference’s halls. Netanyahu, whom the Israeli police have recently recommended to indict on various corruption charges, was seen using the MSC podium to divert international attention from the real issues, not only his legal troubles at home, but also his uncertain political future. Instead of tackling the increasingly worsening humanitarian crisis of Gaza’s 2 million residents because of the prolonged blockade laid by his government, or how his government would cooperate with the United States and the Arab Quartet—once Washington officially announces its blue print for peace between the Palestinians and the Israelis, Netanyahu chose to engage in labourious finger-pointing. He unsurprisingly went on singling out Iran as the only source of insecurity and instability in the Middle East, accusing Tehran of seeking regional hegemony. “Iran is the greatest threat to Israel’s security, to the stability of the region, and to the peace of the world,” Netanyahu remarked, warning that Iran should “not test Israel’s resolve” as he showed off what he said was part of a downed Iranian drone.

He further stressed that Israel will not “allow the Iranian regime to put a noose of terror around its neck.” He added that Iran, through “nefarious moves” in Lebanon, Syria, Iraq, and Yemen, is trying to change the status quo in the Middle East. Furthermore, he warned the pro-Iranian militias and political forces in the region that Israel would not hesitate to act against Iran, “not just against Iran’s proxies”. Obviously, he meant Hezbollah.

On the other hand, Netanyahu’s warnings and threats were not only levelled against Iran, but he also talked harshly about Syrian president Bashar Al-Assad. He noted that for the last seven years, Israel has decided not to intervene in the Syrian civil war, however, if the Syrian government would allow an Iranian military presence on Syrian soil, then, Israel might change its non-alignment stance. In other words, it could resort to military force.

Seizing the unique chance of 500 statesmen and women from around the world gathered together under one roof, the Israeli prime minister repeated his well-known position regarding the Joint Comprehensive Plan of Action (JCPOA) signed between Iran, the P5+1 group, and the European Union on 14 July 2015 concerning Iran’s nuclear programme. Apart from his futile attempts to undermine the very rationale behind the deal, Netanyahu even called for a collective turnaround in stance, lest Iran, within 10 years from now, becomes a formidable nuclear force to be reckoned with.

Participating in the conference, former US Secretary of State John Kerry, a main architect of the nuclear deal, dismissed Netanyahu’s contention that Iran will be on its way to having a nuclear arsenal in 10 years, saying “that’s fundamentally not accurate.”

“We know what the world looks like without the Iran nuclear agreement,” Kerry said, asserting, “it’s not a better place.”

In response to Netanyahu’s remarks, Kerry said, “if your house is on fire, are you going to refuse to put it out because you are concerned it will light on fire again in 15 years?! Or are you going to put it out and use your time to prevent fire from sparking again?” Indeed, Kerry was categorical in denying Netanyahu’s allegations, saying it was “absolutely critical” to ensure the deal survives.

Iranian Foreign Minister Javad Zarif, who also participated in the conference, took the stage an hour after Netanyahu and called the Israeli leader’s presentation a “cartoonish circus…which does not even deserve the dignity of a response.”

However, Zarif responded to the remarks of White House National Security Adviser HR McMaster, in which he accused Iran of escalating a campaign to increase its influence in the Middle East by building and arming “Hezbollah-style” proxy armies in Iraq, Syria, and elsewhere as it has done in Lebanon. What is more, Zarif accused the US administration of using the conference to “revive hysteria” against his country.

If peace and security in the Middle East are to be achieved, which in turn, would move European security toward more solid ground, the Israeli policies in the region should change. Period! However, that possibility is far-fetched, it seems, as long as the Israeli government is vested in Netanyahu and his current far-right coalition.

Netanyahu’s remarks made in Munich leave no doubt that neither he nor his right-wing coalition are interested in peace or security in the Middle East. I am sure many of the participants at the conference left with the same impression.