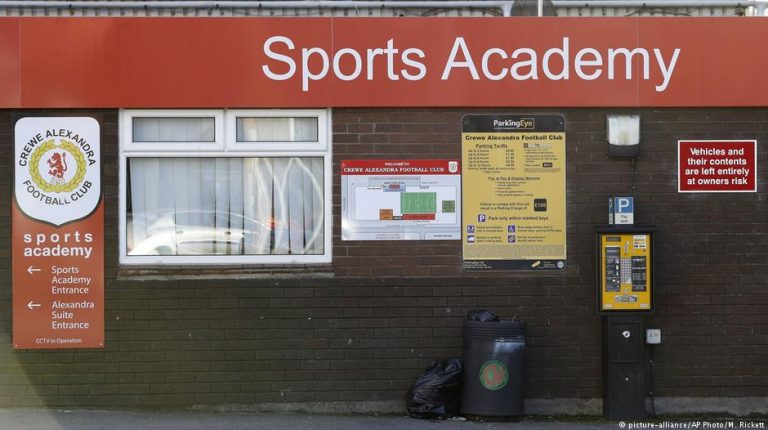 The Barry Bennell child abuse trial has rocked football in the UK. While legislation passed in the two decades since he committed most of his crimes provides more protection for young footballers, more needs to be done.Football has become yet another area in which child-abuse crimes of the past have come to the surface in recent years in Britain, which now has comprehensive regulations in place designed to protect minors.

When former professional footballer Andy Woodward revealed in November, 2016, that he had been abused by youth coach Barry Bennell, it led to scores of other players coming forward.

The harrowing revelations pressed the Football Association into action, and led the FA to launch a review last December, aimed at finding out exactly what the organisation and clubs knew regarding child abuse and what action should have taken place, if it had not.

“The review is hearing evidence from victims and survivors of abuse and is asking anyone who is able to contribute to come forward,” read a statement from the FA.

Initially the findings were to be published by this January but with the sheer number of alleged victims that have given evidence, and around 6,000 files from the FA archives to look through, this is now not expected to happen for at least several more months.

The FA is also working closely with the police investigation, Operation Hydrant,that was set up in 2014 to look into cases of alleged sexual abuse involving public figures offences that have taken place in institutional settings.

In the past 20 years important legislation has been passed by the UK government to give a lot more protection to children and other vulnerable individuals.

The 1999 Children’s Act required organizations to inform on anyone suspected of putting children at risk or harming them, while five years later further legislation ensured that all those working with minors had to be registered.

The FA also looked to tackle abuse as part of the Charter Standard Programme, that was set up in 2001, and looked to make improvements in grassroots football by among other things prioritizing child protection.

Now, children or anyone concerned can contact bodies such as the Child Exploitation and Online Protection Centre.

In football, the FA has mandated that each club and league with youth teams must implement a policy and procedure for ‘safeguarding’ children as well as appointing a welfare officer who has been vetted through an FA criminal records check and completed the Safeguarding Children Workshop and Welfare Officer Workshop.

It is a very different environment to the 1980s when most of Bennell’s crimes were committed.

The now 64-year-old Bennell, who had already received two prison sentences in the UK as well as another in the US, was found guilty this past Monday of 50 offences relating to 12 junior players, aged eight to 14 between 1979 and 1990.

Bennell perpetrated his crimes by taking advantage of his jobs as a coach or scout at clubs like Crew Alexandra, Manchester City, Stoke City and other junior teams, where he was in a position to potentially further or hinder the development of young players looking to become professional footballers.

At club level, leading figures at Manchester City and Crewe are said to have known about sexual abuse taking place during the Bennell era, and City have now issued a statement promising a comprehensive investigation into what went on. They are also looking into another case of alleged sex abuse by the now-deceased youth coach John Broome.

City’s statement added that there would be a review of the club’s “current and future safeguarding procedures and protocols against global best practice benchmarks notwithstanding the fact that the club has been compliant with and operating at the required levels of safeguarding standards since their introduction across English football in the early 2000s.”

With a comprehensive system in place now in British sport, the Bennell case has raised questions about why his crimes and others were allowed to happen – and who was responsible.

It is hoped that when the FA’s review is completed, the final report will provide some answers to these questions.

At the same time, there’s reason to believe that it will also flag up the significant difficulty that remains in providing protection for children in amateur football, where far less regulation exists.

Operation Hydrant has revealed that the majority of the 839 historical cases of alleged sexual abuse involving UK football took place at the amateur level. And thousands of young players may well have come in contact with youth clubs or summer camps that are not regulated by the FA.