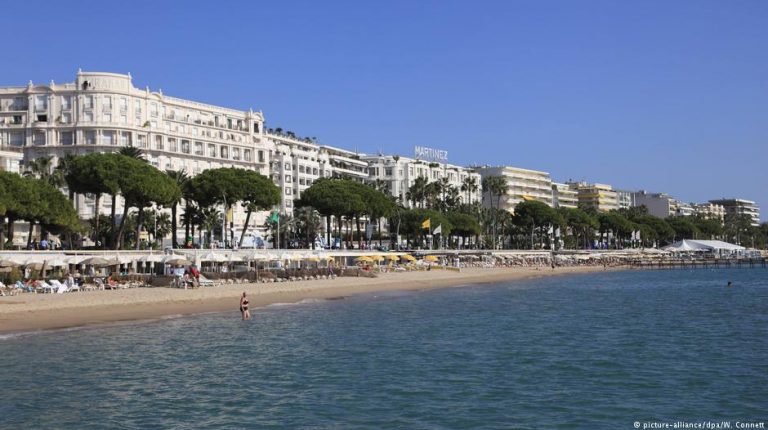 The beach on the world-famous Croisette promenade is to be widened. There is fresh colour for the restaurants. The work is expected to be completed by the beginning of March and the beach will be open to tourists again.According to the organizers, the beach should get “more fat”. This means that it should be more than twice as wide. At some places, tourists only find a beach five metres wide. “The target is 30 to 40 meters,”says Philippe Bazin of the public construction company Tama.

More than 10 million euros will be spent on this. By the beginning of March, around 85,000 cubic metres of light sand will have to be distributed in Cannes – the equivalent of four to five Olympic swimming pools.

The fine sand comes from a quarry in the Toulon region west of Cannes. In recent weeks, it has been pumped over floating pipes from a cargo ship to the Croisette – with hellish noise.Fresh sand and fresh lobster

For Cannes, this is not the first operation of its kind. The myth of the sophisticated film city has been based on a fake for decades: when the Croisette roadway was widened in the 1960s, the city also created an artificial beach to attract tourists and protect the road from the sea.

This time, however, the beach surgery is only the first part of a comprehensive rejuvenation treatment for the Croisette. It should show how “authentic and exclusive” the promenade is, they say in the town hall.

The aim is a “gold-plated croisette”, emphasizes Michel Chevillon, Chairman of the Association of Hoteliers. In order to create more “architectural harmony”, many hotels are to be demolished and rebuilt by 2020. “Only 23 will be left, and 200 metres of public beach will be rebuilt,”says Christophe Fiorentino of the city council.

Above all, the operators of the private beaches hope for a jackpot through the redesign. They have turned over hundreds of thousands of euros for the new concessions that have just been awarded and now have to reimport them. For Patrice Roussel from the private beach of L’ Ondine, the business of renting deck chairs and umbrellas has long ceased. He focuses on more exclusive gastronomy: “We will have a much better offer – a lot of lobster and truffles,” he promises. And for the 2018 Cannes Film Festival from May 8th, the stage will be ready for the parties of the stars and starlets.