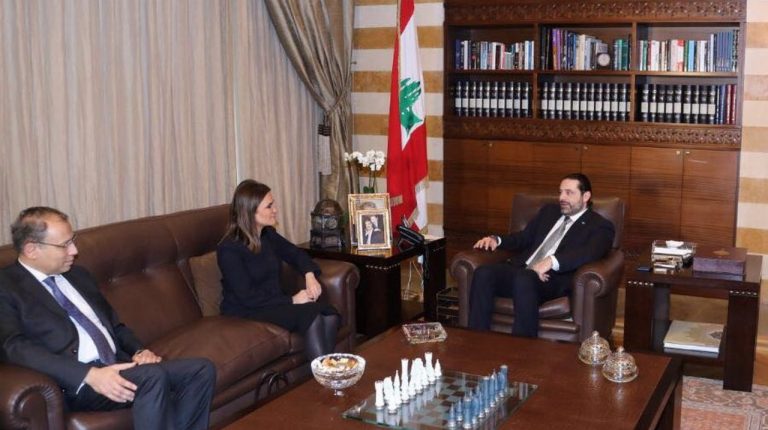 Minister of Investment and International Cooperation Sahar Nasr discussed with Lebanese Prime Minister Saad Al-Hariri arrangements for holding the upcoming convention of the Egyptian Lebanese High Joint Commission that will be held in Beirut and co-chaired by the prime ministers of the two countries.

This came during Nasr’s meeting with Al-Hariri, in the presence of Egyptian Ambassador to Lebanon Nazih Al-Najari, during her visit to Lebanon.

During the meeting, the two sides discussed ways to enhance cooperation between Egypt and Lebanon and strengthen joint economic relations.

Moreover, they discussed activating partnerships between the two governments and the private sector in both countries.

The Lebanese prime minister said that Egypt is a country that offers attractive investment opportunities in a number of promising sectors such as the information and communications technology sector.

For her part, Nasr Stressed Egypt’s aspiration to increase joint cooperation during the coming period.

In this context, the minister of investment and international cooperation met with the head of the Investment Development Authority of Lebanon (IDAL), Nabil Itani. The two sides discussed enhancing joint investments .

Meanwhile, they discussed signing an agreement between the Ministry of Investment and International Cooperation and the IDAL, to support Egyptian and Lebanese youth in the field of entrepreneurship.

Nasr explained that Egypt has a clear strategy for investment due to the support of the political leadership and the House of Representatives, pointing out that this strategy is based on legislative and institutional reforms, most notably the new Investment Law, which includes a number of guarantees for investors.

This came during the minister’s participation in a seminar, organised by the Egyptian Lebanese Business Council, about the investment opportunities and the new investment projects in Egypt following the issuance of the new Investment Law.

For their part, a number of Lebanese investors stressed their intention to inject new investments in Egypt during the next period.