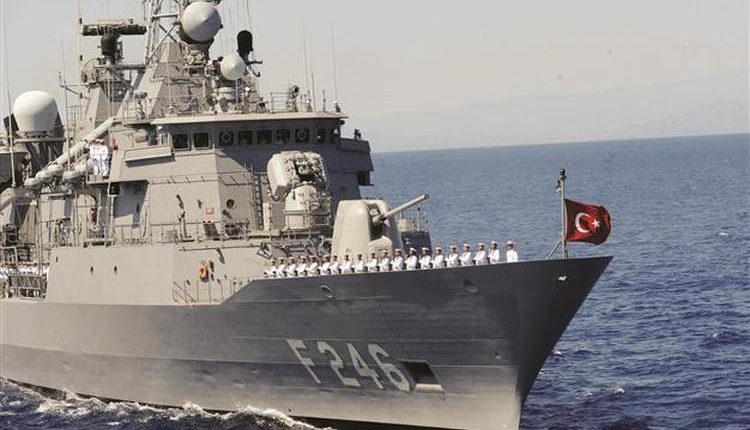 Five Turkish military vessels stopped a rig belonging to the Italian energy firm Eni from processing its operations for searching for gas in the eastern Mediterranean waters off of Cyprus, according to the Cyprus News Agency (CNA).

On Friday, “the Saipem 12000 rig, commissioned by Italian energy company Eni to start drilling operations in block 3 of Cyprus’ Exclusive Economic Zone (EEZ) was halted by five Turkish warships,” said Cyprus’ deputy government spokesperson Victoras Papadopoulos.  The spokesperson was quoted as saying the drillship, while making a new effort to reach its target Soupia, was the target of “threats of violence” and the “threat of a collision.”

Eni Chief Executive Claudio Descalzi said his company is waiting for a diplomatic solution to the crisis between Turkey and Cyprus to immediately start operations, stressing that Eni “would not abandon its exploration off Cyprus.”

“We are used to the possibility of disputes. We didn’t leave Libya or other countries where there had been complex situations,” Descalzi reiterated.

Cyprus has been divided into two countries since 1974: Turkish Cyprus on the northern third of the island and Greek Cyprus, situated on the southern two thirds. While the Greek Republic of Cyprus is internationally recognised and is an EU member, the Turkish Republic of Northern Cyprus is recognised only by Ankara.

Turkey affirmed that the northern part of the dismembered island, which is closely linked to Ankara, has a legitimate share in the gas reserves found under Cypriot waters; and Turkey has plans to invest in the zone soon.

Two weeks ago, the Turkish Minister of Foreign Affairs Mevlut Cavusoglu declared that his country would not recognise any agreements regarding the economic zone of the Mediterranean including the 2013 agreement between Egypt and [Greek] Cyprus.

Cavusoglu added that conducting studies and digging for oil in the zone is Turkey’s sovereign right, regardless of any Egyptian-Cypriot agreement, dubbing it as “legally void”.

The Turkish statement was denounced by the Egyptian government, with the Egyptian Foreign Ministry Spokesperson Ahmed Abou Zaid saying in a statement that the maritime demarcation agreement between Egypt and Cyprus is legal and any third party has no right to doubt its legality. He added that the agreement is in accordance with international law and was filed as an international agreement to the United Nations.

Abou Zaid warned of any attempt to harm or affect Egypt’s sovereign rights in the eastern Mediterranean region, saying it will be confronted.