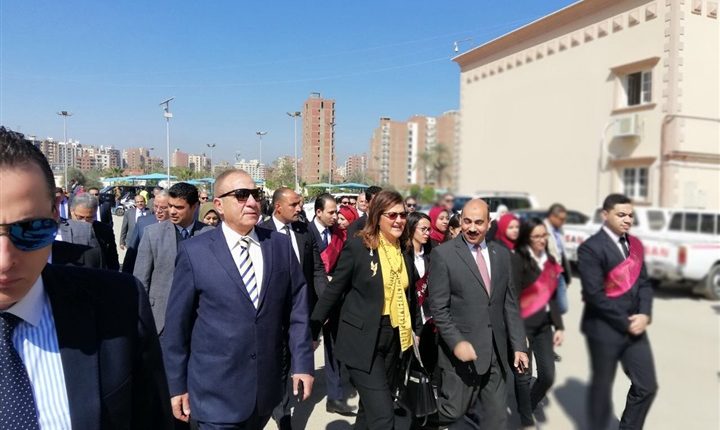 The government raised its growth forecast for the end of the current fiscal year to 5.4% versus 5% at present.

Minister of Planning, Follow-up, and Administrative Reform Hala Al-Saeed said the ministry aims to achieve a growth rate of 5.3% to 5.4% by the end of June.

The growth rate during the second quarter was 5.3%, and therefore the total during the first six months of the current fiscal year was 5.2%.

As for the contribution of investments in the second quarter of fiscal year 2017/2018, according to the minister, was 1.9%, compared to 2.8% in the first quarter.

“The decline in investment rate was offset by a noticeable increase in net foreign trade by 1.8%, compared to 0.9% during the first three months of the current fiscal year,” she said.

On the sidelines of the first regional youth conference in Fayoum, Al-Saeed said that the contribution of final consumption in the first half (H1) of fiscal year 2017/2018 was 1.6%, which is stable from previous quarters.

“36% of the GDP growth in the second quarter came from three sectors, which are the quarries at 14.1%, followed by the manufacturing sector with 10.7%, followed by construction at 10.7%.”

The total investments during the first half, according to the minister, amounted to EGP 353bn at a growth rate of 46%.

The value of public investments in the second quarter of fiscal year 2017/2018 amounted to EGP 95bn, an increase of 86%, while the rate of return on investment H1 of the current fiscal year is 17.3%.