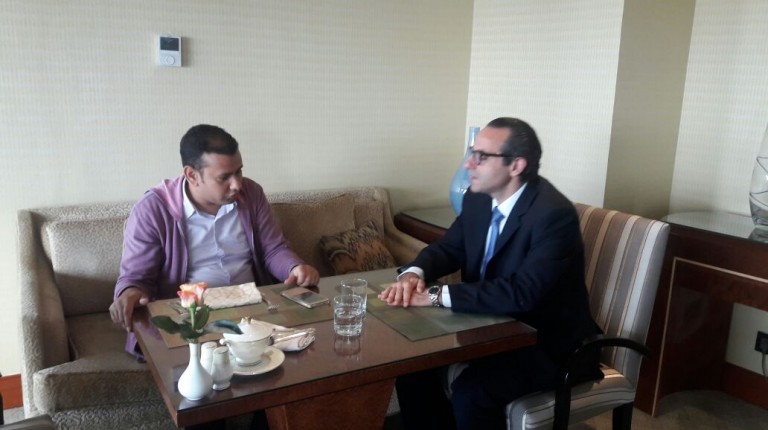 State-run Al-Akhbar’s Galal Aref opined that Trump’s policies towards Jerusalem reflect ignorance of politics and history. While his predecessors abstained from this issue, they were not weaker than him, but rather, enjoyed a certain degree of awareness, he wrote. He added that Trump seems to act as he pleases but that there will be consequences that will transform the “city of peace to a time bomb.”

Mohamed Barakat wrote, in the same paper, that the most alarming element of Trump’s policy in Jerusalem, which is exaggerated in irritating the Palestinians and Arabs, is that he challenges the free will of the international community, losing his credibility in claims to seek peace and becoming totally biased.

Meanwhile, Al-Ahram’s chairperson Abdel Mohsen Salama tackled questions surrounding the recent gas deal with Israel where he reproduced arguments mentioned by President Abdel Fattah Al-Sisi and state officials: the government was not involved in the deal and Egypt seeks and has the potential to become an international energy trade hub, which was the purpose of the deal in parallel with the country’s achievement of self-sufficiency for its gas needs by the end of this year.

In the same direction, Salah Montasser argued that the deal is beneficial to all parties; Egypt will be able to close the issue of compensations after it previously stopped exporting gas to Israel and Israel will be able to export its gas.

In Al-Shorouk newspaper, Ibrahim Awad, professor of public policy at the American University in Cairo, noted that the deal comes coinciding with the 60th anniversary of the union between Egypt and Syria, known as the United Arab Republic, saying the deal would be the most important development in relations between Egypt and Israel since the visit of former president Anwar Al-Sadat to Jerusalem in 1977.

With regards to the presidential election and debates on political opposition, Al-Akhbar’s chairperson Yasser Rizk wrote a full-page op-ed where he divided voters into camps: supporters of Al-Sisi comprise a party that does not want another candidate and a party which sees positivity in plurality. Opponents are also divided between Muslim Brotherhood supporters and others who wanted to take the opportunity of seeing other candidates face Al-Sisi so that they would be able to criticise him.

Several of Al-Ahram’s senior writers stayed on similar topics, with Makram Mohamed Ahmed writing about the “betrayal” of the Muslim Brotherhood and Ahmed Abdel Tawab on their “fraud”.

For his part, Emad Adeeb wrote in Al-Watan newspaper that, ethically, “we should abstain from engaging in political conflicts with our opponents, given the sacrifices the army is making in Sinai,” saying people should stop suspecting the importance of the operation and instead come together to face extremism and terrorism which is an equal threat for all.

From a different point of view, “characteristics of tyranny” was the title of both Al-Shorouk’s media experts Hossam Al-Sokkary and Mohamed Saad Abdel Hafiz’s pieces. The first took excerpts from the book of a Syrian intellectual about how tyrants manage power. The second article looked at it from the perspective of freedom of the press, corruption rates, and the presence of civil society.