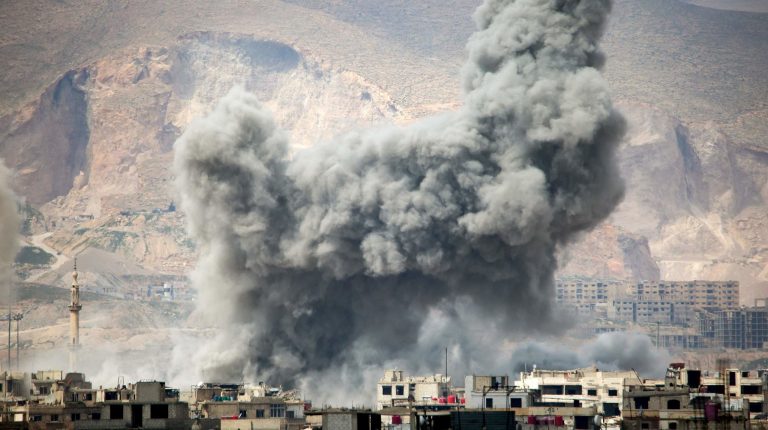 The United Nations Security Council called for a 30-day ceasefire in Syria on Saturday to allow for aid deliveries and medical evacuations to take place. The resolution was drafted by Sweden and Kuwait, two non-permanent members of the Security Council.

The council approved the resolution unanimously after being delayed for more than 24 hours due to disagreements between Russia and other council members over the wording of the resolution.

However, Russia finally voted in favour of the resolution, albeit the Russian ambassador to the UN, Vassily Nebenzia, subsequently called the 30-day ceasefire’s implementation on the ground unrealistic.

US Ambassador to the UN Nikki Haley criticised the Russian stance and insistence on delaying the Security Council meeting, saying the country had “belatedly decided to join the international consensus.”

Following the vote and the approval of the resolution, Haley said, “hardly anything in the resolution has changed except a few words and commas.” She added, “every minute the council waited on Russia, the human suffering grew.”

Despite the unanimous resolution, Syrian forces backed by Russian warplanes continued to bomb the Damascus suburb of eastern Ghouta. More than 500 people, including women and children, were killed there in the past week, according to the British-based Syrian Observatory for Human Rights.

Furthermore, Egypt expressed deep concern over the latest updates in eastern Ghouta in Syria and their serious consequences on the humanitarian situation and the conditions of civilians there, calling for an armistice in order to allow humanitarian aid enter the region, the injured to leave, and to avoid a serious humanitarian catastrophe.