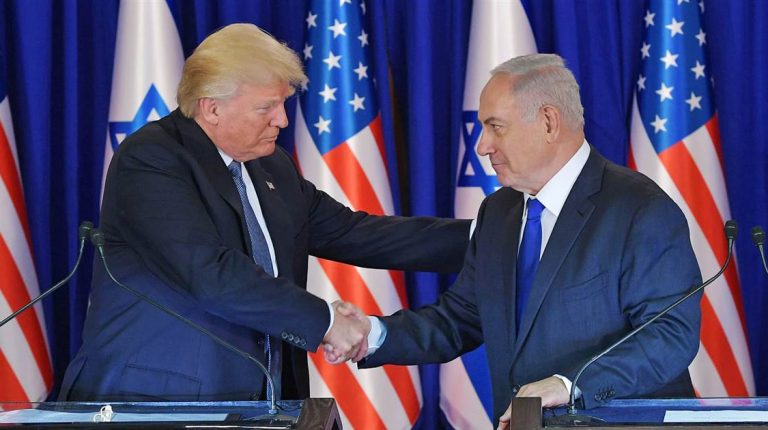 The US will move forward with its plan regarding Jerusalem, neither affected by the international community nor facing serious rejection from the Arab and Muslim world.

On Friday, the US State Department said it will open its new embassy in Jerusalem in May, coinciding “with Israel’s 70th anniversary”. “We are excited about taking this historic step, and look forward with anticipation to May,” the statement red. Israel welcomed the decision as President Donald Trump continued to defend it.

Back when Trump made the controversial declaration of Jerusalem as the capital of Israel in December, officials said the embassy move would take a couple of years—perhaps to appease angry reactions. The latest was Vice President Mike Pence speaking in the Knesset in January, who said the embassy would open in 2019.

In addition to the schedule being accelerated, the new embassy will be located in the Arnona neighbourhood as an initial location, in a modern building that now houses consular operations of the US Consulate General in Jerusalem, which in turn will continue to operate as an independent mission with an unchanged mandate.

In other words, it is going to be an “interim embassy” which will be expanded by the end of next year until the permanent location for the embassy is decided upon and its construction process completed.

According to a report by Fox News, while some experts see Trump’s declaration as a delivered promise to his voters, others are concerned by the impact on the decision on sparking violence and causing significant harm to the US’ credibility as a peace mediator.

For its part, Bloomberg highlighted disputes among officials of the US administration, mainly between the State Department on the one hand and Trump, Pence, and Trump’s son-in-law Jared Kushner on the other. “Pence and Kushner, who Trump has put in charge of the Middle East peace process, have demanded the embassy be moved quickly, while Tillerson has argued for more time to ensure the safety of US citizens,” the report said.

Bloomberg added that Steve Goldstein, the undersecretary of state for public diplomacy and public affairs, said in January, “plans to build a new embassy in Jerusalem had been abandoned because such construction would be “cost-prohibitive.” He said the existing facility would be retrofitted instead, a comment that administration officials said provoked anger from Pence and Kushner.

This comes as business magnate Sheldon Adelson, a Republican pro-Israel influencer, offered to pay for the project. “Under any circumstance, letting private citizens cover the costs of an official government building would mark a significant departure from historical US practice. In the Jerusalem case, it would add yet another layer of controversy to President Trump’s politically charged decision to move the embassy, given Adelson’s longstanding affiliation with right-wing Israeli politics,” the Associated Press reported.

In a Tuesday United Nations Security Council session, Palestinian President Mahmoud Abbas gave a long speech before the Security Council in which he we went over the history of the suffering of the Palestinian people, denial of their rights despite international resolutions, and their commitment to peace. He also accused the Israeli side of rejecting negotiations, a claim rejected by the Israeli representative.

“We call for the convening of an international peace conference by mid-2018, predicated upon international law and the relevant UN resolutions, with broad international participation, including the two parties concerned and regional and international stakeholders, foremost among them the permanent members of the Security Council and the Quartet in the same framework as the Paris conference for peace in the Middle East and the conference to be held in Moscow in line with [UNSC Resolution] 1850 (2009),” Abbas stated.

He suggested different phases of the conference which would include the admission of the State of Palestine as a full member of the United Nations, and the establishment of “an international multilateral mechanism that will facilitate negotiations between the two parties to resolve all permanent status issues” and the suspension of the US decision to transfer its embassy to Jerusalem.

US ambassador to the UN, Nikki Haley, said the US recognised the suffering of the Palestinian people and offered an “outstretched hand” to its leadership, calling for peace. Regarding her country’s decision to move its embassy to Jerusalem, she declared, “you don’t have to like it, but that position won’t change” and emphasised that the choice at hand was between hate and resuming negotiations to improve Palestinian lives.

In response to the US State Department statement, lead negotiator of the Palestinian Authority, Saeb Erekat, said the move and choice of the date continue to destroy the two-state option, as he once more asserted that the US has become part of the problem and therefore could not be part of the solution.

During the Security Council session, UN Secretary General Antonio Guterres, said, “the global consensus for a two-state solution could be eroding and obstacles on the ground could potentially create an irreversible one-state reality” and “there is no Plan B” in lieu of a political solution to the Israeli-Palestinian conflict.

Those concerns were echoed by Nickolay Mladenov, special coordinator for the Middle East peace process, who said, “the international community must reaffirm that sustainable peace required a two-state solution that could only be achieved through a negotiated solution,” calling for an end to Israeli settlement expansion and for policy shifts that were consistent with a transition to greater Palestinian civil authority.

Since Trump’s unilateral declaration to recognise Jerusalem as the capital of Israel, in a flagrant violation of international resolutions regarding the special status of the city amid an unresolved conflict, the biggest Arab action against it was Egypt moving a draft resolution to make the US reverse its decision, which although supported by a majority, remained non-binding on the US.

In the first days following the decision, the international community’s criticism of Trump did not stop his administration from defending what they said was “the right thing to do.”

In face of US escalation, Abbas has been meeting world leaders and speaking at major events, calling on countries to recognise East Jerusalem as the capital of Palestine. There have been severe denunciations of Trump and demands to rescind the decision by most Arab countries’ foreign ministers and the Arab League, which despite holding several meetings, did not come up with an action plan equal to the US moves on the ground.

The Egyptian stance was in favour of the Palestinian right to sovereignty according to the 1967 borders with East Jerusalem as its capital, with the country’s religious leaders participating in pressuring the US by refusing to meet with Pence during his scheduled visit to the Middle East.

Yet, the visit was only delayed for several weeks and Egypt ended up hosting Pence and asserting the US’ leading role in peace negotiations, despite the Palestinian rhetoric saying the opposite and accusing the US of taking sides in the conflict.

Other media reports also indicated that Saudi Arabia tried to convince Abbas. “Palestinian officials say Riyadh has also been working for weeks behind the scenes to press them to support a nascent US peace plan,” Reuters said in December.

The report quoted Palestinian officials, speaking on condition of anonymity, saying Saudi Crown Prince Mohamed bin Salman asked Abbas to show support for the US peace efforts when meeting in Riyadh ahead of the declaration in November, adding, “this peace process will go ahead.”

If true, such scenes would explain why the US felt no real obstacle in going through with its plan, but on the contrary, counting on the support of its allies in the Middle East, which Abbas does not seem to be among.