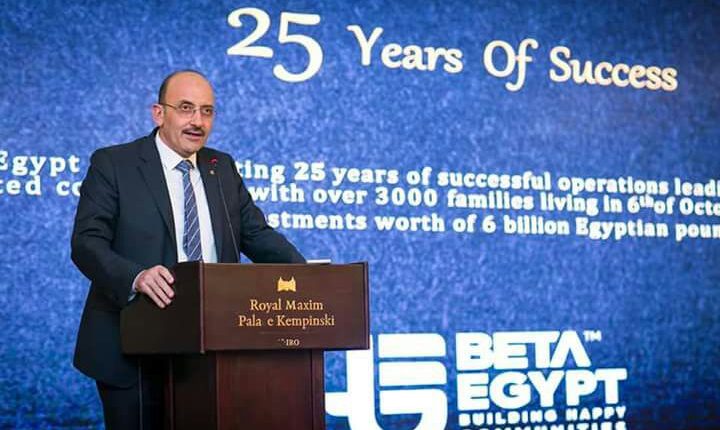 Beta Egypt for Urban Development intends to invest EGP 400m to complete the implementation of its projects and to prepare the site for its new project in El Mostakbal City.

Chairperson Alaa Fekri said the company is preparing to open the commercial centre Golf Mall in Hadayek October area and complete the construction of another commercial centre Greens Mall, which is scheduled to be inaugurated in early 2019.

Fekri pointed out that his company succeeded in achieving contractual sales exceeding EGP 500m. He further noted that the company targets achieving sales of EGP 2bn in the current year, driven by the launch of the new project Beta Greens in New Cairo, which is being implemented by the company as part of its project in El Mostakbal City on an area of 84.7 feddans.

The project is a residential compound comprising about 3,000 units.