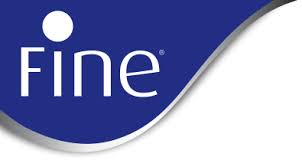 Fine Hygienic Holding plans to increase its market share in the sanitary napkins sector to 50% within two years.

Fine accounts for one-third of the Egyptian market’s hygiene paper products sales, half of the sales of adult diapers, and 10% of diapers, according to Nielsen Media Research.

Al Kattan did not disclose the value of the investments allocated to the company to implement its investment plan, but explained that the plan will include increasing production capacities in the sectors of children and adult diapers and hygiene paper products, in addition to the establishment of five new distribution branches and increasing its fleet of cars to 350.

Fine has 28 branches to distribute its products, and the company aims to increase its number to 34 or 35 by 2020, by expanding into the Delta and Upper Egypt regions, Al-Kattan said.

Al-Kattan estimated that the company’s total investments in Egypt since the opening of its branch in Egypt in 1990 until the end of 2016 at about EGP 1bn. He said that the international company is optimistic about the investment climate in Egypt and will not stop investing and expanding.

He added that the economic decisions taken by the government and the Central Bank of Egypt (CBE), including the pound floatation decision, gave investors great hope that Egypt is determined to implement an integrated economic reform plan.

He added, “we are very excited to increase our investments in Egypt, especially after the recent economic decisions and an increase in the levels of health and cultural awareness.”

He pointed out that the company finds great opportunities to expand in the Egyptian market, especially after the announcement by the Central Agency for Public Mobilisation and Statistics (CAPMAS) that the youth segment (less than 35 years old), which is the highest consuming group, represents two-thirds of the population.

Fine achieves an annual growth rate of 20-25% and is looking to increase rates after implementing the new expansion plan, according to Al-Kattan.

He said that the company benefited from the decision of the CBE to liberalise the exchange rate in November 2016, increasing the volume of exports, and expansion in new markets.

Fine exports from its four factories in Egypt to 28 countries around the world and is seeking to expand in a number of African and European countries that have trade agreements with Egypt, according to Al-Kattan.

He said that the company suffered from the recent high prices of raw materials for production after the increase in paper prices globally, but it was able to create a balance between cost and selling price to the public, using modern technological means which contributed to reducing the cost.