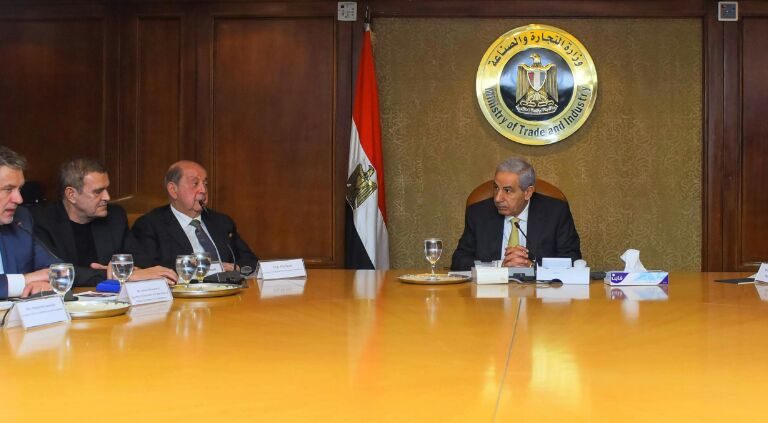 Minister of Trade and Industry Tarek Kabil said that the coming period will witness increased Polish investments in the Egyptian market in many production and service sectors.

Kabil pointed out that the economic reform plan adopted by the Egyptian government has bolstered the position of Egypt on the world investment map as one of the most pivotal investment hubs regionally and internationally.

These remarks came during Kabil’s meeting with a delegation of major Polish companies currently visiting Egypt to find ways to deepen investments. The delegation included several high-ranking officials and personalities, among whom were Janusz Wisniewski, vice chairperson of the Polish Chamber of Commerce; Polish billionaire Roman Karkosik; Ali Issa, chairperson of the Egyptian Businessmen’s Association (EBA); and Ahmed Antar, head of the Egyptian Commercial Service.

The minister pointed out that Boryszew is currently considering establishing a number of projects in the field of manufacturing auto spare parts in Egypt, including two factories: one for manufacturing auto spare parts that will depend on environmentally friendly raw materials such as aluminium alloys and another plant to produce engine oil coolers.

The delegation also included Baterpol SA, a manufacturing company which recycles lead-acid batteries and provides lead alloys and refined lead. The company is currently looking forward to establishing a branch in Egypt. It produces rolled and extruded lead semi-products, polypropylene for producers of plastic commodities, and crystalline sodium sulphate for chemical, glass, paper, and textile applications.

Kabil underscored that the positive results of the efforts exerted by the Egyptian government have started to bear fruit recently in various indicators of economic performance.

For his part, Wisniewski said the delegation of the Polish companies currently visiting Egypt aims at identifying the investment opportunities available in the Egyptian market and identifying fields of cooperation between the private sector and the state, so as to enhance the trade and investment exchange between the two countries.

He stressed the aspiration of Polish companies to participate in Egyptian mega national projects that are currently being implemented, especially the Golden Triangle project and the development of Egypt’s railways and infrastructure, particularly after the passage of the new Investment Law, which offers an attractive package of advantages and incentives for foreign investors.