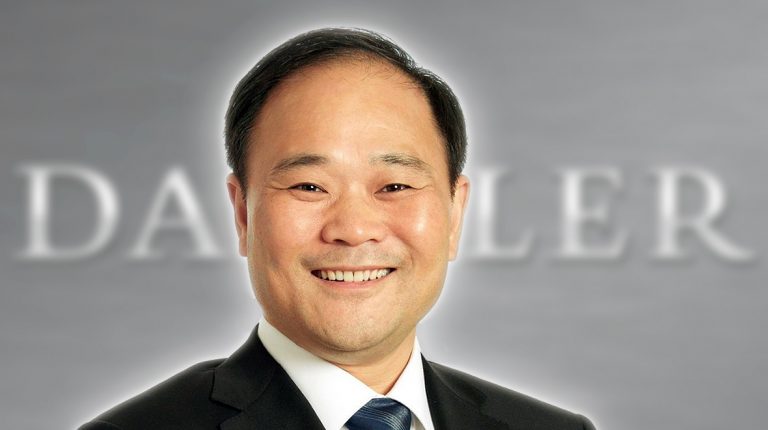 Chinese billionaire Li Shufu, owner of Zhejiang Geely Holding Group, said the group has become the largest shareholder in Daimler AG, the German owner of Mercedes-Benz, after it acquired 9.69% of its shares for an amount estimated to be $9bn, beating the shares of the Kuwaiti government in Daimler, which were estimated to be 6.8%.

Chinese Geely purchased Swedish Volvo in 2010 for $1.8bn. Afterwards, it acquired a large share of British Lotus for $65m. It has also acquired 49.9% of Malaysian Proton. In addition, it acquired London EV Company, the manufacturer of London taxis, along with American Terrafugia, which manufactures “flying cars” models.

The alliance was clear, as several months ago, Geely tried to cooperate with Daimler in order to develop the future technologies of electric cars as a result of the growing pressures from the Chinese government on Geely to force it to manufacture environmentally friendly cars.

Geely announced that it is not planning on buying extra shares of Daimler at the present time. On the other hand, Daimler expressed its happiness about this alliance, and declared that it managed to acquire a long-term investor who is confident in the company’s strategy, future, and ambitions.

The market value of Daimler on the DAX index reached over €75bn, about $92bn. Geely’s shareholding contributed to increasing the value of Daimler’s shares, as its price increased by 1.9% at the closing of today’s session, reaching €71.33.

Shufu had decided to move to the field of car manufacturing in the 1980s. However, the Chinese government did not allow him, as it objected to the existence of any private companies in the field of automobiles. But after several years, Shufu made a tempting deal with a small government company that manufactures trucks in order to save it from bankruptcy. Shufu invested about ¥26m to acquire a 70% share, which prompted the government to give him the permit he long sought. This is how Geely—which means luck in Chinese—began its journey. Shufu loved Mercedes cars, so he took a Mercedes car and dismantled it, then added an engine and a gearbox from Hongqi, making this the first car Geely’s owner assembled himself. Now, Shufu has become the largest shareholder in Daimler, the parent company of that brand he loves.