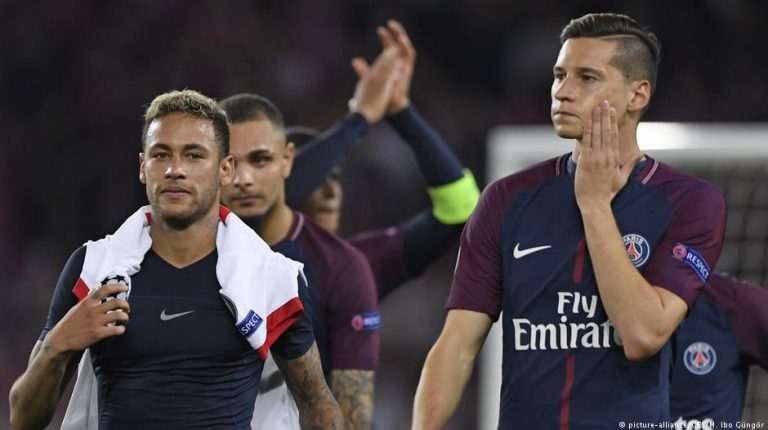 From rising star to Germany regular, Julian Draxler’s career has long been trending upward, but he’s struggled for playing time since joining Paris Saint-Germain. Will Neymar’s injury offer him a pre-World Cup boost?Six months ago, things were looking pretty good for Julian Draxler. After securing the move away from Wolfsburg that he’d long been angling for, he’d become a regular in Paris Saint-Germain’s version of the Galacticos, captained Germany to a Confederations Cup win and had the inside track toward a starting spot in Germany’s World Cup defense in Russia.

But then, at the beginning of August, the French club broke the world transfer record to sign a Brazilian from Barcelona who played in his position.

Since Neymar arrived at the Parc des Princes, there’s been little doubt that he’s the star of the show, with 29 goals in 29 games to go along with the headline-grabbing birthday parties and public rows over penalty duties. But his arrival has been less than positive for Draxler, who has completed 90 minutes just six times for his club this season, with only a handful of cameo appearances in his favored position on the left wing.

After PSG’s 3-1 loss to Real Madrid in the first leg of the Champions League last 16 — in which Draxler played just nine minutes — the 24-year-old let his frustrations slip to German broadcaster ZDF.

“In the Bernabeu, you don’t want to watch 84 minutes from the bench but, with our squad, you don’t always get the choice,” he said.

The extent of Neymar’s metatarsal fracture, which he suffered in PSG’s 3-0 win over Marseille on Sunday, is unclear at this stage, but it appears he’ll be out for at least a month. This means he is almost certain to miss the return leg on March 6, despite PSG coach Unai Emery’s suggestion there’s a “small chance” he’ll be ready.

Draxler would surely revel in another game against a team he dismantled while playing for Wolfsburg in 2016 . However, his place is not totally assured, with Argentinians Angel di Maria or Javier Pastore among the alternatives for the Parisian club.

A chance to make his mark

Despite the competition, Emery, who has often tried to shoehorn the German in to a central midfield since Neymar’s arrival, spoke highly of Draxler in December as rumors swirled about a switch to the Premier League.

“He’s in a constant evolution and he still has a lot of energy. At PSG, Draxler is in very good hands, he’s a great contributor to our game, he’s learning a lot,” Emery said.

“I talk to him a lot and I’m very demanding with him and he’s one of those very ambitious players and he shows that with good performances, also for the national team, and he’s a very important player for us.”

As Emery suggested, Draxler is a key man for Joachim Löw and his name is surely inked in to Germany’s 23-man squad for Russia 2018. But, with Leroy Sané impressing for Manchester City, Julian Brandt showing flickers of form at Bayer Leverkusen and Marco Reus impressing in his latest comeback at Borussia Dortmund, Draxler needs regular playing time to find the form and fitness that would secure him a starting spot.

With another crunch game against Marseille in the French Cup on Wednesday before the Madrid game and prestige international friendlies against Spain and Brazil at the end of March, Neymar’s absence could offer an opportunity for PSG’s half-forgotten man to restate his case.