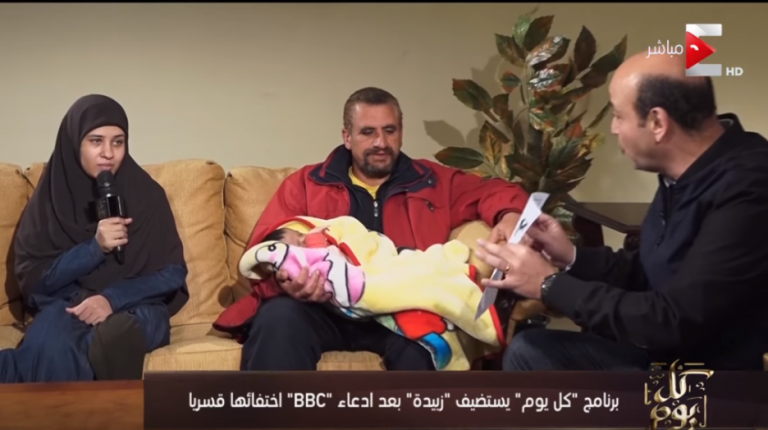 Head of Egypt State Information Service (SIS) Diaa Rashwan is scheduled to meet with the BBC’s Cairo bureau chief next Monday, who was summoned from London. Both are going to discuss a recent controversial report prepared by Orla Guerin, a former BBC correspondent in Cairo.

The controversial report, published and aired on Friday (23 February), is a story of an Egyptian woman named Zubeida Ibrahim who the BBC reported was subjected to enforced disappearance and torture, in addition to several other allegations of a worsening human rights situation and political life in Egypt.

During the meeting, Rashwan will hand an official letter to the BBC’s Cairo bureau director in response to the BBC’s reports on 23 and 24 February, which deplore Egypt’s human rights, economic, and social conditions. Rashwan will further request the BBC to retract its “shameful report” in full compliance with internationally recognised professional norms.

On Monday, Ibrahim appeared on a televised interview with TV anchor Amr Adeeb in which she denied facing enforced disappearance or being tortured. In the BBC report, Ibrahim’s mother was quoted about the allegation of her disappearance; however, Ibrahim said that she has not been talking to her mother for a year. The young female chose not to reveal the reason behind her disagreement with her mother.

The SIS pointed out that that Ibrahim’s statements cast much doubt on the credibility of the reporting, requesting an immediate public apology from the BBC.

The SIS previously refuted the report, saying that it included “lies and allegations”, and that the report reflects the correspondent’s “biased personal views and assertions, without no factual basis whatsoever, violating internationally recognised professional norms and those of the BBC itself.”

The report, which was titled “The Shadow over Egypt”, aired on Friday and included interviews with families of alleged victims of torture and enforced disappearances by security forces.