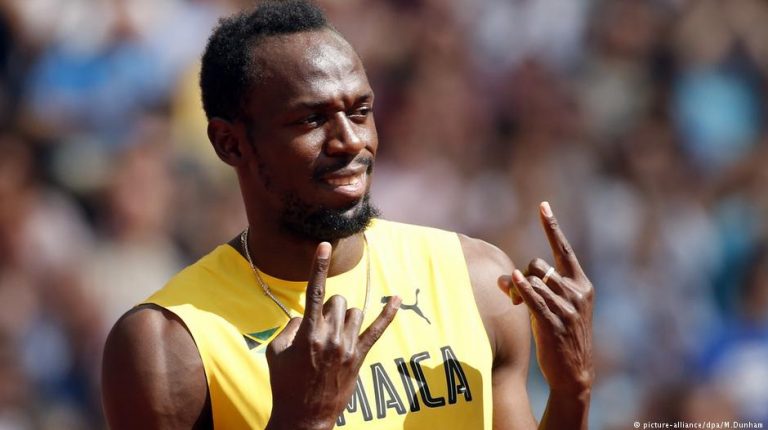 After his retirement from the track, Usain Bolt is making strides towards a new career. The Jamaican sprint great will captain a star-studded side in charity football match and has hinted at a professional contract.Never one to shy away from the spotlight, Usain Bolt is set to make a return to the sporting world in a charity football match which has previously attracted such luminaries as Real Madrid coach Zinedine Zidane, Brazilian legend Ronaldinho, actor Will Ferrell and pop star Robbie Williams.

The eight-time Olympic gold medallist announced on Twitter on Tuesday that he will be joining the Soccer Aid World XI – a motley crew put together to help raise funds for the United Nations Children’s Fund, Unicef. Since retiring from athletics he’s also flirted with playing cricket and been pictured at the US Grand Prix.

Bolt, long linked with trials at Borussia Dortmund thanks to both parties’ relationship with Puma, will captain the side, with Williams skippering the English XI that will line up against them.

“Robbie and his England team better watch out as I won’t be going easy on them,” said Bolt, who also claimed he has a “special celebration” planned should his side win.

Thee announcement came hours after Bolt, 31, had sent out a tweet suggesting that he’d signed for a team before South African Premier Soccer League outfit Mamelodi Sundowns put out a tweet of their own featuring Bolt in their training gear and a knowing hint about his future.

But it seems Bolt’s tweet was only related to the charity match, with the Puma logo on the Mamelodi Sundowns kit probably explaining their part in the somewhat confusing series of events.