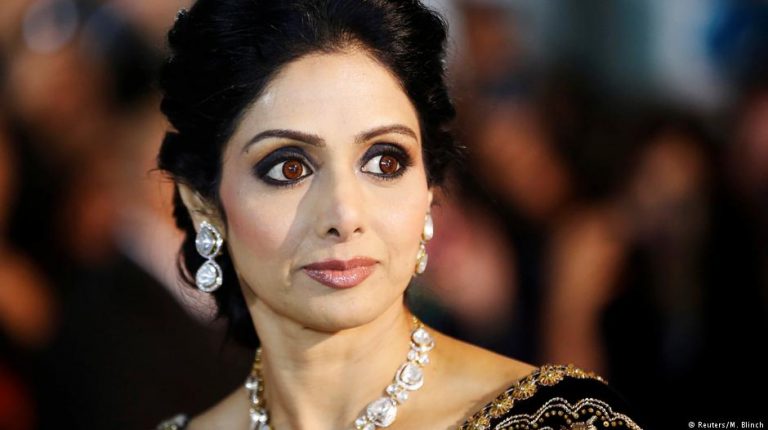 The Indian film star’s accidental death on the weekend has unleashed an outpouring of public grief. Fans have lined Mumbai’s streets to pay their last respects.Thousands of fans have taken to the streets of Mumbai to farewell Bollywood star, Sridevi Kapoor, who died over the weekend after drowning in her bath tub.

Some mourners carried photos of the screen star, while others held flowers as they waited to pay their last respects at a condolence service.

“No matter how long I have to wait, I will wait,” said a fan named Prashnat, clutching a small bunch of flowers. “I’ll wait until I’m able to pay my respects. I saw all her movies.”

“It’s a shock to believe that she is no more. We want to pay her one last visit today and thank her for all her wonderful performances,” said Nandini Rao, a 32-year-old teacher.

Several fans chanted prayers as Sridevi’s body was brought the short distance from her home to be laid out at a private club nearby. Hindi film stars, including actresses Aishwarya Rai and Kajol, turned out to pay their respects.

Sridevi’s body was flown back to Mumbai late Tuesday night in a private jet owned by Anil Ambani, a Mumbai industrialist and entertainment baron.

She had been in Dubai attending a family wedding, when she lost consciousness while taking a bath and accidentally drowned. She was 54-years-old. Police authorities ruled out any foul play and released the body to Sridevi’s family.

Her family issued a statement asking people to join them in paying respects to the “remarkable actor, beloved wife and loving mother” at the club near her home in Mumbai, NDTV news channel reported.

She is expected to be cremated on Wednesday afternoon in a private Hindu ceremony.

Sridevi, who used only one name onscreen, began her film career as a child actress. She later starred in southern Indian regional films before her Bollywood breakthrough in the late 1970s.

By the late 1980s, she was at the peak of her career. She was able to command top billing, starring as the lead female role in hit films such as “Chandi” and “Mr India.” In the male-dominated Indian film industry, she is praised for having redefined the heroine’s role, which had mainly consisted of a few songs and a couple of romantic scenes as the leading man’s love interest.