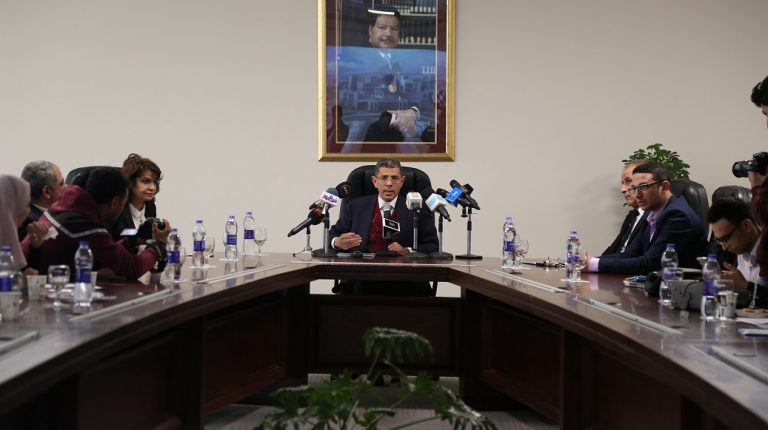 Zewail City of Science and Technology celebrated on Monday World Cancer Awareness Month, where the celebration coincided with the birth anniversary of Ahmed Zewail, the founder of the city. During the seminar which was held on the sidelines of the celebration, the city addressed the efforts exerted in the field of combating cancer, highlighting the most important and scientific research and patents that the city, its students, and researchers succeeded in completing.

The research studies and other patents live up to the vision of Zewail, whose aim behind establishing the city was to help the entire Arab region start a new era of modern development in the field of scientific research and technological production, which would contribute to solving many societal issues, according to a statement from the city.

The celebration was attended by a group of city board members, officials, and professors, including Sherif Sedki, CEO of Zewail City of Science and Technology, Mohamed Kamel, postdoctoral researcher at the Centre of Genomics at the city, Mohamed Ashour, assistant researcher and director of the Centre of Genomics at Zewail City, Marwan Amara, professor of biochemistry and cancer biology at the city, Nagwa El-Badri, director of the Centre of Excellence for Stem Cell Research and Regenerative Medicine at Zewail City.

“Scientific research is the driving force behind the renaissance of societies,” said Sedki. He added that supporting and adapting the culture of scientific research and innovation toward developing innovative products and services helps empower communities to meet challenges.

“Health is one of the most important priorities not only locally but regionally and globally, and the establishment of centres for scientific research and support for the latest technologies and possibilities is not only important, but is a necessity of life, and one of the foundations and essentials for the development of society,” said Sedki. “We meet today to witness tangible developments in the field of scientific research, especially in the field of cancer, to celebrate together the release of a number of researches in this area, with 512 researches published in scientific journals and more than 12 patents obtained in both science and engineering.”

The panel discussed several leading cancer research projects, and researchers from various departments in the city spoke about the research they are working on with their teams. Mohammed Kamel said that he completed writing his latest research, which studies the application of gene theory to overcome the resistance of cancer cells to chemotherapy for ovarian cancer.

Mohamed Ashour, director of the Centre of Genomics which specialises in DNA studies, explained that his research involves repairing enzymes to develop new therapeutic applications for cancer, as well as using a new therapeutic approach that reprograms the genes to reduce the disease.

Professor of biochemistry and cancer biology Marwan Emara said he is conducting research on different types of cancer, including the establishment of an in vivo imaging probe, which is a predictive response to cancer treatment that measures cancer patients’ response to chemotherapy during a week based on oxygen-deficient DNA, which is linked to dead cancer cells resulting from effective cancer treatment.

Emara added that after the laboratory trials are completed, the patient can be informed within a week of the extent to which he or she will respond to the chemotherapy treatment so that it can continue or change in case of non-response. He explained that one of the projects that his team is working on is the establishment of a laboratory for small animals for molecular imaging and pre-clinical in vivo imaging, a laboratory specialised in the imaging of cancer tumours in the pre-clinical trials on the drug or the product used to treat tumours, and this laboratory is the first of its kind in Egypt.

Nagwa El-Badri highlighted the research in which she and her team are working to combat cancer stem cells.