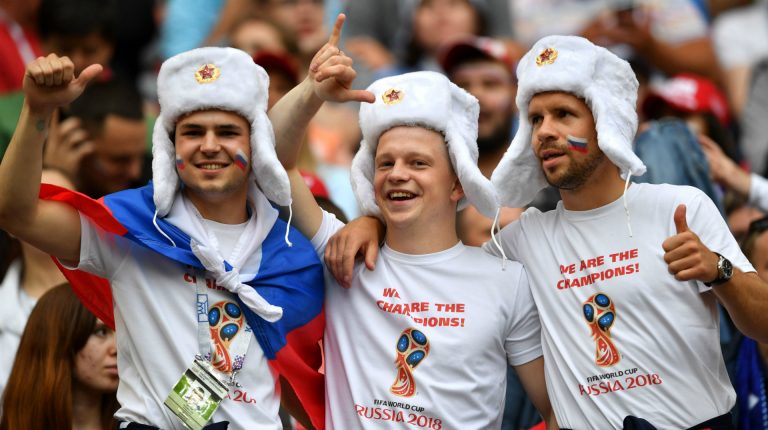 The Local Organising Committee (LOC) of the 2018 FIFA World Cup Russia has announced the price of a VIP ticket at Central Stadium in Stadium Yekaterinburg, which will host the Egyptian team’s match against Uruguay in the opening of the Egyptian team World Cup matches.

The ticket price in the VIP zone of the stadium reached $198,000, equivalent to EGP 3.5m, and all tickets for these seats have already been booked for the group matches.

The LOC has chosen the city of Yekaterinburg to open a fan ID office, the second city after Volgograd to begin receiving applications in preparation for the tournament.

Yekaterinburg is hosting the first group match, Egypt against Uruguay, both in Group A of the World Cup, which also includes Russia and Saudi Arabia.

Any Egyptian fans who have now received a ticket to Egypt and Uruguay can apply for a fan identity card from the website www.fan-id.ru.

The identity card of fans is an ID document that that Russian authorities require to be carried it, as each ticket holder in the tournament must carry their identity card in order to enter the stadiums that host the World Cup matches.

Russian authorities stipulate that for applicants to obtain an identity card, they must have received a ticket or received confirmation of a ticket for 2018 FIFA World Cup Russia.

The identity card provides a free visa to Russia for foreigners who bought tickets for the World Cup, and the fans will be able to enter Russia 10 days before the start of the tournament and stay there until 10 days after the tournament.

Some free transport services, including city buses and public transport in host cities, can also be enjoyed by holders of the fan ID cards when the ID and World Cup 2018 ticket are shown.