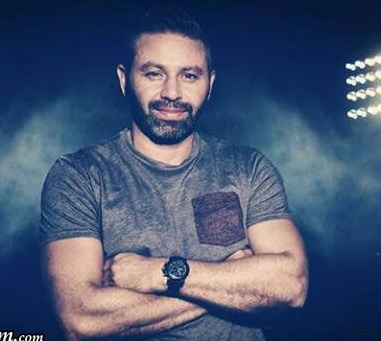 Hazem Emam, known as the Little Fox, is seen as one of the most talented footballers in the history of Egyptian football. The former Zamalek player’s high morals earned him admiration of the Al Ahly and Zamalek clubs’ fans. Eman was born to a football family. His father is Hamada Emam, a former Zamalek midfielder, while his grandfather, Yehia Emam, was a brilliant goalkeeper for Zamalek.

Emam started his football career at the Egyptian Shooting Club, where he showed promising talent. Al Ahly tried to sign Emam, but his father refused. Then, he moved to Zamalek to start a long journey of achievements at the White Castle.

Zamalek fans called him “Little Fox”, “Emperor”, “The People’s Artist”, “Engineer”, “Prince of the Talented”, and “Beloved of the Public”.

Emam is now a member of the Egyptian Football Association’s board of directors. He is the only board member who participated with the Egyptian national team in the 1990 World Cup held in Italy.

Daily News Egypt sat down for an interview with Emam, where he talked about his predictions for the national team in Russia’s World Cup.

The Pharaohs were drawn into Group A alongside hosts Russia, as well as Uruguay and Saudi Arabia, with their opening game coming against the South American side on 15 June in Yekaterinburg,

Emam said that he expects the national team will achieve great success at the World Cup under the leadership of veteran Argentinian coach Hector Cuper.

Emam praised Cuper’s efforts that contributed to Egypt’s return to the World Cup after a 28-year absence.

“Cuper succeeded in separating criticism from his sense of self. He acted in accordance with only his own vision and refused to follow the views of the public,” Emam added.

He added that Cuper mostly has not listened to others’ opinions throughout his road to the World Cup, noting that the coach’s way of thinking is very different from what Egyptians are used to dealing with, even from other foreign coaches.

“In Egypt, for example, we used to put pressure on the other team and control the game, but Cuper started to think differently in not conceding goals,” Emam said.

He added that this mentality gave Egypt a good start in the qualifiers, collecting six points from the first two games, which helped Egypt to qualify for the World Cup.

Emam pointed out that Jose Mourinho, coach of Manchester United, gave all his players defensive missions in their game against Liverpool in the English Premier League, which ended goalless.

“Everyone says Mourinho is a great coach and hopes to see him in Egypt. I wanted those to look at him as he ‘parked the bus’ in front of Liverpool,” Emam said.

He noted that defensive play exists everywhere, adding that Cuper is expected to make some changes to his style in the coming period.

Emam nominated some players to strengthen the Egyptian squad. “Zamalek midfielder Ru’aa is very good, and so is the case with Al Ahly’s Amr Al-Sulaia,” he said.

Omar Al-Saeed is also a good player and his physical strength makes him perfect for Cuper’s plans, he said.
Egypt will rely on Liverpool’s star Mohamed Salah being one of the most important players in the world now, Emam added.

“Yes, the Egyptian team relies on Salah, but if we looked at Portugal or Argentina, we will find the same thing,” he said.

“I hope Salah continues his brilliance and may Allah protects him from injuries,” Emam said.

He added that Egypt has many good players who can make a difference, but Salah is the most prominent one.

Regarding the previous Egyptian football generations who could not qualify for the World Cup, Emam stressed that they spared no effort and did their best to achieve this dream, but they were not fortunate.

“I am sure that all previous football generations did all what it takes to achieve this dream,” Emam added.

The coaching staff will find difficulty in developing the team’s training plan if the the players insist on fasting for the Islamic holy month of Ramadan, Emam said. Moreover, he added, the climate changes will affect the biological clock of the players.

As for Egypt and Saudi Arabia’s chances in the World Cup, Emam said, “of course I hope that Egypt go far in the World Cup, as the team now has a special generation of professional players, most of whom play outside Egypt, unlike the previous generations that had bright names, but were playing in the local league.”

“I believe that Salah, Mahmoud Trezeguet, Al-Nini, Hegazy, and others are capable of making the difference at the World Cup,” Emam said.

He added that Egypt may qualify for the Round of 16 with Russia or Uruguay. “If we could not qualify to the next round, I hope that Saudi Arabia make it, but I rule out the qualification of both teams.”

He predicted that the Russian team will take the lead, benefiting from the public support it will receive during the tournament because of hosting this global competition for the first time in their history.

All other teams have equal chances to qualify for the Round of 16 in the World Cup, he said.
He expects that more than 10,000 Egyptian fans will attend the national team’s matches in Russia.

He added, “I am happy that our return to the World Cup came in Russia because we share good political, cultural, and historical relations with the Russian people.”

The Egyptian Football Association, headed by Hany Abu Reda, announced earlier that FIFA endorsed Grozny city to be the Egyptian football national team’s training base during the 2018 World Cup in Russia.

Emam refuted the media reports that claim that Egypt chose Grozny for religious reasons, as it has a majority-Muslim population.

He noted that the team’s coaching staff believe that the atmosphere of Grozny suits the players, and the hotel that will host the team is near its airport. The Egyptian team is set to train at Akhmat-Arena in Grozny.

The team’s opening game, coming against Uruguay, will be held on 15 June in Yekaterinburg. It is 1,800 km away from Grozny. They will then face hosts Russia and Saudi Arabia on 19 and 25 June in Saint Petersburg and Volgograd respectively.

The distance between Grozny and Yekaterinburg or Saint Petersburg is about 2,600 kilometres, while Volgograd, which will host Egypt’s encounter with Saudi Arabia, is 800 kilometres away.

Emam said he would have chosen Kazan, as he knows the city well. He noted that he attended the opening ceremony of the stadium there.

“Egypt basically chose Kazan and Saint Petersburg to host its team, but they had been already booked,” Emam said.

Emam expressed his pleasure at seeing the national team playing in Volgograd, as the city’s club has a twinning programme with Port Said’s Al-Masry SC.

A farewell to Hamada Emam, the legendary “White Fox”