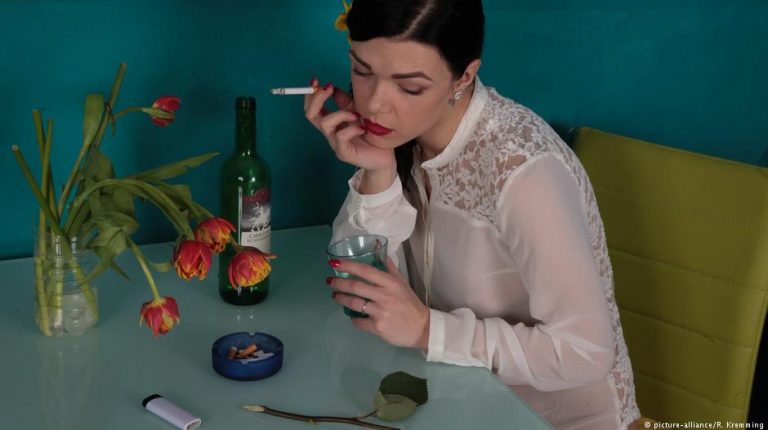 Venture capital supports startups in myriad domains. There are VC funds that specifically invest in health and wellness startups including companies focused specifically on mental health.Bo Shao isn’t a household name — at least, not yet. But he’s trying to make his mark in a way that, if he succeeds, will benefit a great many people. Born and raised in Shanghai to a poor family, he won a dozen high school mathematics competitions in China, which landed him a full scholarship to Harvard University after he applied for it during his junior year of high school.

After graduating from Harvard College in 1995, he worked for Boston Consulting Group, and then completed an MBA at Harvard Business School in 1999. Then he went back to China and threw himself into the startup world. His first venture was an online marketplace called EachNet.

“My parents thought I was nuts to turn down very lucrative job offers and the chance of getting a green card [a document allowing permanent US residency],” Bo relates on the website of his current main corporate vehicle, the venture capital group Matrix Partners China. “I was very naive and totally unprepared for business in general, and the huge challenges of bootstrapping a startup in particular.”

But after four years, by 2003, “after a lot of trial and error,” EachNet was the largest consumer e-commerce site in China. At that point, Bo sold the company to eBay for $225 million (€183 million), and the Asia Venture Capital Journal named Bo their 2003 Entrepreneur of the Year.

In search of better parenting

Bo shifted gears toward investing, and by 2007 had founded a venture capital fund, which according to a blog post by Bo Shao on Medium.com had $3 billion under management by late 2017. But for Bo, getting rich was not an end in itself. By late 2017, Bo had begun putting serious money into a family foundation, “Evolve Foundation.”

The two flagship projects of the foundation to date are “Parent Lab” and “Conscious Accelerator.”

“Parent Lab” launched in January 2017, co-founded by Bo Shao and Jill Li. Parent Lab is meant to provide a combination of “science, spirituality, and practical coaching to parents everywhere,” according to Evolve Foundation’s website. ParentLab’s information, developed by child development experts, is accessible via Google’s Android and Apple’s AppStore, through a smartphone app called “Hello Joey.”

Evolve Foundation’s second big project launched in October last year. The “Conscious Accelerator” is a philanthropic investment fund, with $100 million of the foundation’s own money invested. According to Bo’s Medium.com blog post, “the fund, in a style similar to venture capital but with crucial differences, will invest in companies dedicated to reducing suffering in this world by using technology to further develop humanity’s consciousness.”

But he’s not referring primarily to material suffering such as hunger or disease, as important as that is. In his words, “suffering that is caused by external circumstances such as hunger or disease is easier to understand. However, despite rising material comfort, many people today still feel lonely, purposeless, fearful or angry…. The situation may be getting worse. Mental health statistics are alarming.”

The Conscious Accelerator website proclaims: “We believe that issues internal to our soul, or our consciousness, hold the key to ending suffering and to prosperity. We believe that these issues are taking center stage as humanity approaches the age of abundance.”

So the Conscious Accelerator aims to “do good well,” Bo has written, but without being soft-headed: “We hope to help entrepreneurs build self-sustaining and scalable companies with the same operational rigor and discipline as we have done in our venture capital career.”

Moodpath: Diagnosis and therapy from a smartphone

Bo Shao’s venture capital firm and foundation are far from alone in the mental-health startup space.

Moodpath is a German startup, initiated in October 2016, meant to help people find their way out of depression, which is a common condition. Like “Hello Joey,” it’s an app available on both the App Store and Google Play.

“You’re going through a difficult phase in your life and are worried about your mental health? Moodpath is a leading app [for accompanying] you on your way out of depression,” according to the company’s website.

The idea is that mobile apps can help detect and manage mental health disorders. The Moodpath app, which the company says is in a constant improvement and validation process with the help of expert researchers at partner institutions, is “based on… cognitive behavioral therapy, and was developed with experienced therapists and doctors.”

“The most important thing we offer is an initial screening to determine whether a person is depressed, and that’s free of charge,” spokesman Philip Husemann told DW. Fully automated, it consists of a set of questions the user answers on the smartphone each day over a 14-day period, at the end of which a diagnosis is available.

A monthly fee (currently 10 euros a month on a pay-as-you-go basis; cheaper on an annual basis) is levied from regular users who want to make use of the app’s interactive therapies and information, which are designed for ease of use and integration into daily life.

The therapies are meant to complement, not replace, medical care and counseling by a psychologist, Husemann noted.

“Moodpath’s key founder, Mark Goehring, is a clinical psychologist who noticed that while seriously depressed patients didn’t have the energy to do very much, they all seemed to continue to use their smartphones,” Husemann said. “That’s what led him to organize this startup.”

Moodpath isn’t the only German startup in the mental-health space, novego is another. The German-only website offers clients a twelve-week program, priced at 177 euros, to help overcome symptoms of depression, anxiety or burnout. It includes telephone access to advisers with degrees in psychology.

Similar startups exist around the world. In India, startups like TrustCircle, HealthEminds, ePschlinic, YOURDost, Seraniti, GrowthX and others offer online and video counseling.

There’s even an AI-based “coach” for behavioral and mental health called Wysa, which they term a “happiness buddy,” or “emotional wellness AI chatbot,” available for download on Android and iOS.

“Our technology passively detects behavioral health issues from smartphone sensors and engages them through [automated] chat,” according to Ramakant Vempati, the co-founder along with his spouse, Jo Aggarwal. The app’s blue penguin cartoon icon can guide you through mindfulness meditations or other exercises.

Perhaps you’ve never heard of them before, and weren’t aware that there is a growing number of mental health apps and startups out there. Arguably they’re all supplements to, rather than replacements for, good friendships and acceptance in social groups.

But sometimes making or retaining friendships can be difficult. Turning to friends or relatives for support and advice isn’t easy in practice, especially for people who are feeling down, who are often understandably reluctant to be a burden on their friends, all of whom have their own struggles to deal with.

In that context, it seems very plausible that as artificial intelligence techniques continue to become more sophisticated, AI algorithms will be developed that create ever more subtle app-based automated advisers and mentors that serve as expert systems serving up situation-appropriate advice. Who knows what Moodpath, Wysa, or apps like it, might be capable of in 10 years’ time?