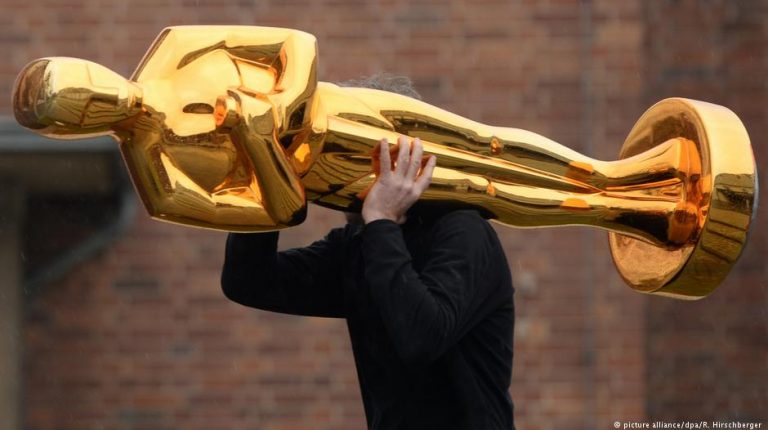 It’s about time: Rachel Morrison is the first woman to be nominated for an Oscar for cinematography. Hollywood is still far from gender equality, but just how pronounced is the imbalance?#MeToo and “Time’s Up” have triggered an urgently needed debate about gender equality in the film industry, dealing a blow to Hollywood’s glossy façade.

And suddenly, for the first time in the 90-year history of the Oscar Awards, a woman has been nominated for her camerawork this year.

Rachel Morrison is the director of photography of “Mudbound,” a Netflix family drama about racism and discrimination in rural Mississippi in the aftermath of World War II. The film’s director and co-writer, Dee Rees, is the first black woman to be nominated for Best Adapted Screenplay, along with screenwriter Virgil Williams.

Add that to Greta Gerwig’s Best Director nomination for “Lady Bird” and you might think the arguments about power and gender issues in Hollywood and the film industry in general have already made a difference.

A closer look at the list of nominees is sobering, however.

Check the facts and figures: As a rule, US productions dominate the Academy of Motion Picture Arts and Sciences awards. While about 51 percent of the American population is female, only 23 percent of the Oscar nominees are women, with the exception of the acting awards that always include 10 men and 10 women nominees.

Excluding the acting award nominations, 46 women can hope for an Oscar this year, though not in every single category. There are no female nominees at all for Best Visual Effects, Best Original Score and Best Sound Editing.

Women are simply underrepresented in the US film industry, says a recent study by the San Diego-based Center for the Study of Women in Television and Film. The ratio of men and women behind the scenes of the top 250 movie productions over the past 20 years has hardly changed: about 80 percent are men.

In Germany, the Pro Quote Film group demands gender equality in front of and behind the cameras to prevent stereotypes in film and abuses of power in the industry. The group argues that only one out of two women film students actually works in the industry. Pro Quote Film analyzed 1,000 films produced between 2011 and 2015 — and found that in over 90 percent of the cases, sound was firmly in male hands, as was about 85 percent of the camerawork.

Rethinking ratios is profitable for society and the box offices alike. The University of California examined US movies produced in 2016, and found that films that had a 30 percent non-white cast had a higher rate of success than movies with ethnically uniform casts.

The protests on the heels of #OscarsSoWhite — the hashtag that emerged as a form of protest against the under-representation of people of color in the Oscar nominations — showed first results at the Academy Awards ceremony last year when black actors won half of the awards in the acting categories and “Moonlight,” a film about a gay African American, won Best Picture.

This year, four of the 20 acting award nominees are black. Diversity is clearly on the rise, thanks also to the 8,500-member-strong Academy that decides on the award of the golden statuettes. Many of the 1,500 new members invited to join the Academy these past two years are blacks and women.

Perhaps Rachel Morrison, who’s also responsible for the lensing on the Marvel movie “Black Panther,” will benefit from these developments, and become the first woman to win a coveted Best Cinematography Oscar.

Morrison says it’s ironic that there aren’t more female directors of photography (known on set as DPs) because the trade “speaks to everything that women do inherently well: multitasking, empathy and channeling visuals into human emotion.”

For the women who pursue cinematography, Morrison advises patience and persistence, “so when we get to the next level, you’ll see just as many women DPs as there are men — maybe someday we can stop referring to them as women DPs because they’ll be closer to a 50-50 representation.”