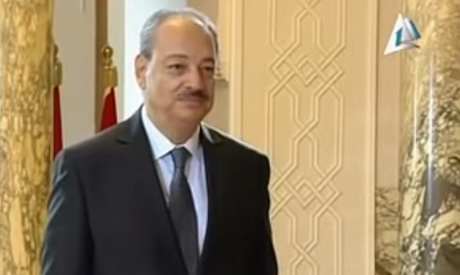 Prosecutor General Nabil Sadek ordered the detention Zubaida Ibrahim’s mother, who claimed that her daughter was kidnapped and tortured by security forces.

The elderly Egyptian woman, Mona Mahmoud, will be detained for 15 days pending investigations on charges including “publishing and broadcasting false news that could harm the country’s national interests” and belonging to the Muslim Brotherhood group.

Mahmoud was quoted in an interview with the British Broadcasting Corporation (BBC) saying that her daughter had not been seen since April after being arrested by security forces and that she was tortured in detention.

The controversial report, titled “The shadow over Egypt”, was published and aired on 23 February and included interviews with families of alleged victims of torture and enforced disappearances by security forces.

Ibrahim, who was reported to be one of the victims, was interviewed days after the report’s release by a prominent Egyptian TV host.  She denied claims that she had been kidnapped and tortured by security forces and said that she had not spoken to her mother in months.

This led the State Information Service (SIS) to call on Egyptian officials to boycott the BBC for its failure to apologise. During the interview, Ibrahim declined to reveal the reason behind her disagreement with her mother.

In a similar context, Egypt’s National Media Authority said on Tuesday that it will suspend cooperation with the BBC for publishing a report that included “lies and allegations” about the country’s human rights conditions.

The suspension will include all cooperation and agreements until further notice.

The SIS pointed out that that Ibrahim’s statements cast much doubt on the credibility of the reporting, requesting an immediate public apology from the BBC.

Upon its release, the SIS refuted the report, saying it included “lies and allegations,” and that the report reflects the correspondent’s “biased personal views and assertions, with no factual basis whatsoever, violating internationally recognised professional norms and those of the BBC itself.”The report, which was titled “The Shadow over Egypt”, aired on Friday and included interviews with families of alleged victims of torture and enforced disappearances by security forces.