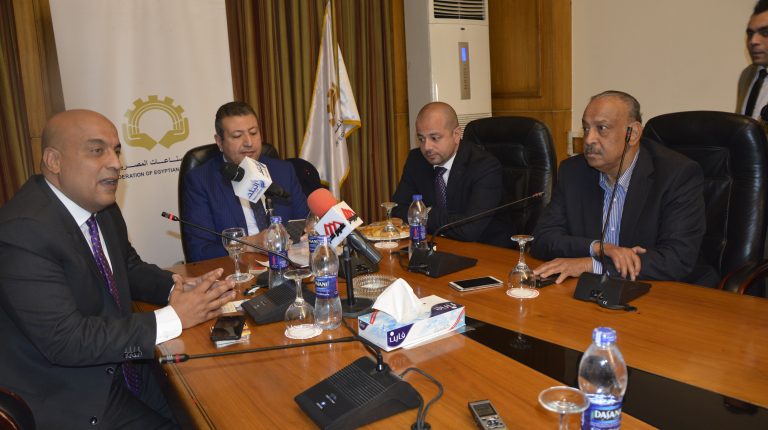 The Real Estate Development Chamber at the Federation of Egyptian Industries has prepared an ambitious agenda for the current year, which includes a series of files related to real estate companies.

The chamber plans to submit a package of demands and initiatives to a number of concerned government agencies to be added to the initiatives made by the chamber during 2017.

During a press conference held on Tuesday, the chamber said that these demands aim to overcome obstacles that hinder developers and regulate the workflow in the market to raise growth rates in the sector, which contributes to supporting the national economy.

Chairperson of the chamber Tarek Shoukry said that this year’s plan includes a set of files and demands for government agencies, topped by the Ministry of Housing, through a committee composed of chamber and ministry members to solve the problems facing developers.

Shoukry said the chamber submitted to the Ministry of Housing a request that no fines or lawsuits be filed against the owners of investment companies for the violations made by project residents after they were delivered by the developers.

Shoukry affirmed the request includes a commitment that companies provide a list of the details and contacts of unit residents in the projects to city authorities to avoid fines due to residents’ violations.

He further noted that the request was accepted by the Ministry and is expected to be issued soon.

He added that the chamber is seeking an additional six-month period to be added to the deadlines for development projects’ deadlines free of charge, similar to contracting companies.

He projected the approval to be issued soon, similarly to a previous move that gave developers a six-month extension last year to complete their projects on the lands offered by the New Urban Communities Authority (NUCA) in new cities.

Minister of Housing Mostafa Madbouly approved the establishment of three sub-premises for the chamber at the NUCA headquarters in Sixth of October and New Cairo to facilitate dealings between chamber members and these entities, according to Shoukry.

He said that the chamber is working on the formulation of a balanced contract between land developers and owners and also between companies and customers to ensure a balanced relationship between contract parties.

He added that this proposal will be submitted to the concerned authorities for approval.

“The chamber is communicating with concerned government parties to solve the crisis of allocating electrical capabilities that do not correspond to project needs, although the conditions of the allocation contract with the Ministry of Housing ensure that the ministry will provide the land with the necessary facilities,” Shouky noted. “The chamber demanded the suspension of the implementation period and to delay fines for lands where services have not been provided.”

Deputy Head of the chamber and Misr Italia Properties Chairperson Hany El-Assal said that the chamber is coordinating with the parliament’s housing committee to discuss the draft laws of real estate development, unified construction, tenders and auctions, and dealing with building violations. The chamber has attended discussions of some of these laws.

El-Assal pointed out that the chamber is in contact with the Ministry of Housing to end the problem of interest on postponed land instalments, to be calculated according to the interest rate value in the year of payment instead of for the entire postponed period.

Member of the chamber Amgad Hassanein said that the chamber renewed its demand to stop the application of the value added tax on administrative and commercial units inside malls, which the Ministry of Finance demanded to pay in violation of the law which exempted these units from the tax while imposing it on residential units.

Hassanein pointed out that the chamber is in contact with government agencies to follow up on drafting the executive regulations and mechanism of implementing amendments to the law granting temporary residence to foreigners in exchange for purchasing property in Egypt in dollars, which was approved by the cabinet last year.

He added that the chamber demanded the Ministry of Housing to issue a temporary operating license for administrative and commercial buildings which were completed within one week from the time of applying for the licence, similar to factory operating licenses. The chamber also requested specifying one destination to finalise the final procedures for operation licenses, which currently take about two years and need approvals from more than 12 bodies.

Vice chairperson of the chamber, Bassel Shoirah, expects the second half of 2018 to witness a high turnout for industrial investment land, especially from foreign investors following the presidential election.

He added that during 2016 and 2017, the industry experienced a period of stagnation as investors awaited the results of economic reforms that took place during that period.

“Investors have become more confident in the Egyptian economy and its ability to grow, and recent improvements in investment and licenses procedures have contributed to the revival of demand for lands, which began during the last quarter of 2017,” Shoirah added.