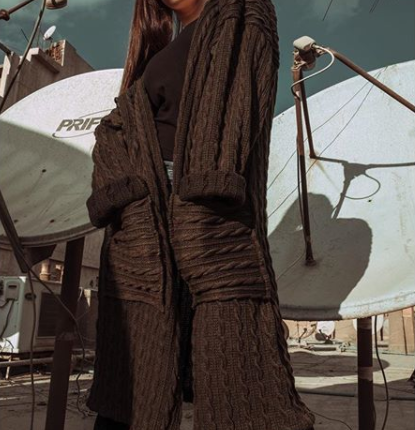 Egyptians are firm believers that diversity of taste is the greatest assurance for contradicting aesthetics to coexist. While trends often lead to identical troops of loyal followers, few still seek to remain true to their personal preferences.

In a time when even the biggest fashion names are willing to take detours in order to float with the current, few local connoisseurs of individuality refuse to give up on their inner fashion compass.

While many fail to resist the urge to satisfy the masses, nowadays, local designers are more adamant to address this particular market gap with a wider range of choices. Azwak, which could be translated into tastes, is a local brand specialised in basics that make grand entrances a daily habit.

The fashion answer for diversification was established by three life-long friends, who never seem to agree on their personal fashion choices. Iron-welled to turn their usual arguments into a solution, the three decided to start a brand.

According to Alia Al Baker, co-founder, Azwak is based on their aim to cater to preferences as contradicting as theirs. Based on their belief that fashion is a form of expression that differs from each person to the other, the trio plans to not leave any woman excluded.

Collectively, the three tackle each trend with the purpose of exploring its three opposing angles. A morning jacket can be a velvet blazer for one partner, a satin bomber for the other, and an over-sized cardigan for the third.

On the other hand, a top worth being labelled as a fashion investment can reveal cold shoulders according to the first, or embrace the drama of a bell sleeve to satisfy the second designer.

Together, the three designers represent an entire generation that aims to maintain a smart wardrobe which could be recycled and accessorised at the beginning of every season. Azwak provides a young audience with must-have garments that appeal to different aesthetics.

Their biggest hits include a unique interpretation of the internationally trending culotte trousers. Accentuated by a knotted belt and side slits, the comfortable piece of garment is not only an obvious daily companion, but also a trusted statement, which can be paired with sneakers for the daytime or high heels for the dance floor.

With that said, their latest collection features a fashionable blast from the past. The retro overalls bring back the popular combination of plaid and suspenders. The reminiscent design features a wide-leg silhouette and two vertical sets of buttons. Whether styled with a friend from the old times or a rather contemporary shirt, the overall is the epitome of the brand’s distinctive range.