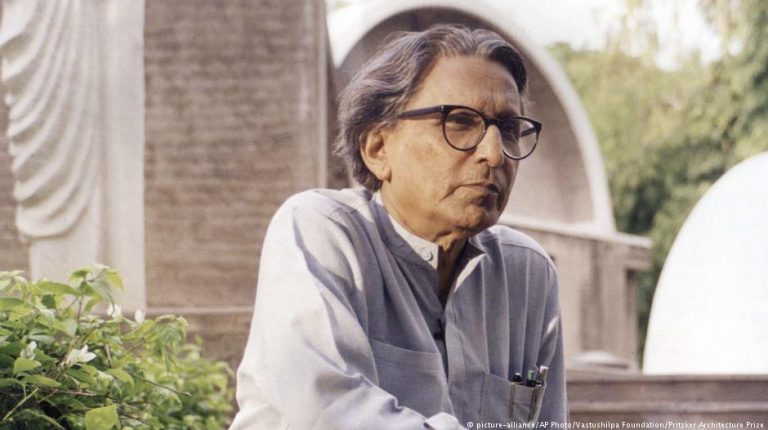 Doshi is the first from India to win architecture’s highest honor in the prize’s 40-year history. The foundation praised the 90-year-old’s work as “poetic and functional,” and the prize recognizes the fact that he has created works that both respect Eastern culture and enhance quality of life in India.

Doshi has been an architect, urban planner and educator for 70 years; he has established many schools of architecture and design in India.

Two great Modernists he worked with as a young architect in the 1950s inspired him strongly: Louis Kahn and Le Corbusier.

“I owe this prestigious prize to my guru, Le Corbusier,” Doshi said in a statement upon receiving the Pritzker news. “His teachings led me to question identity and compelled me to discover new regionally adopted contemporary expression for a sustainable holistic habitat.”

Doshi’s achievements include the Aranya low-cost housing project in Indore. Though a system of houses, courtyards and internal pathways, it offers a home to 80,000 people.

The architect said that his life’s work has been “to empower the have-nots, the people who have nothing.”