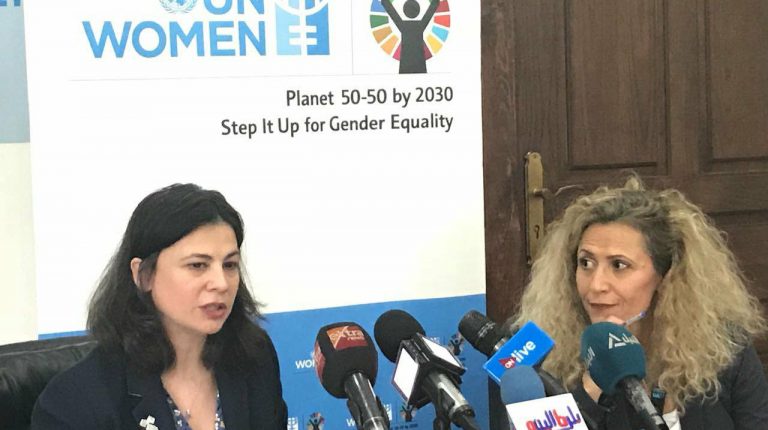 The Egyptian stock exchange knocks bell for women today, on the occasion of celebrating the International Women’s Day, UN Women Country Representative in Egypt Blerta Aliko said in a press conference on Tuesday.

UN women organised a visit to Minya governorate on Wednesday to meet a number of rural women who were helped to have suitable jobs and trained on how to deal with violence, added UN Women representative.

“In Minya, we met around 200 women who were under the poverty line but they changed their life for the better by developing their skills and actively engaging in the economic process,” noted Aliko.

UN Women constantly coordinates with international institutions such as the United States Agency for International Development (USAID), EU, and others along with local partners especially the National Council for Women, to continue supporting women, added the UN Women representative.

The projects that UN Women is involved in usually aim to empower women particularly the marginalised categories; so it is important to do more work in the fields of financial inclusion and investment, said Aliko.

“We were happy last year when the political leadership launched 2017 as the year of the Egyptian woman and we see Egypt as one of the most progressive in the region in the fields of women especially that the government is doing well regarding the sustainable development strategy 2030 to empower women,” Aliko added.

Helping 450 poor women to get their national IDs was one of the main accomplishments of UN Women last year, because getting an ID means that they exist and can practice their political rights, added Aliko.

With the help of the Egyptian National Council for Women, UN Women could launch some initiatives to promote more empowerment for woman on both the economic and political levels as part of “Taa Marbota” campaign, said Aliko.

“During the next four years, we will continue supporting women especially the Marginalised categories to make sure they are involved in the economic and political life in line with changing the policies that weaken their important role. This is our priority,” said the UN Women representative in Egypt.

Political unrest expected to weigh heavier on the market