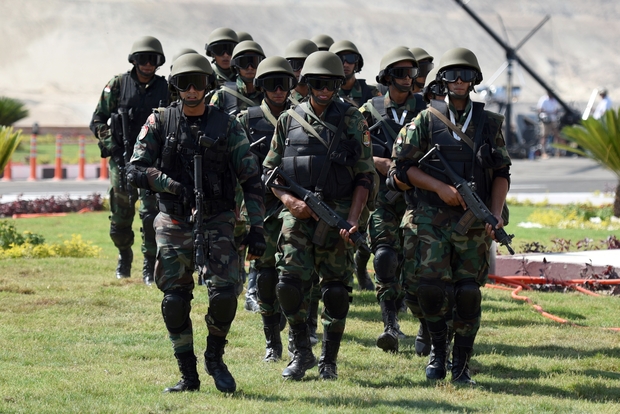 The latest Sinai 2018 operation is not the first counterinsurgency operation that has been down to limit the effect of militancy in Egypt since the ouster of Islamist former president Mohamed Morsi. Indeed, several military campaigns have been unleashed to eliminate radical militant groups whose activity peaked after 2013, and found refuge in Sinai and the Delta, especially with the rise of the Islamic State group. Following the military ouster of Morsi, the main pillars of the Egyptian state, mainly the military, the police, and the judiciary, have been involved in a violent fight that has left hundreds of casualties and deaths.

Some organisations and theorists have attributed the rise of participants in violent attacks against the state to the political marginalisation of Islamist youth, violations against defendants in penal institutions, and poverty and harsh economic oppression, a narrative that the Egyptian state firmly refuses, asserting that militancy, or “terrorism” in its words, are the work of the now-outlawed Muslim Brotherhood group and foreign powers.

This article provides a brief review of the main legal and security policies which have been carried out by the state to eliminate militant dissent.

Since 2013, state security forces, represented by both the military and the police, have been engaged in violent clashes with “Sinai Province”, known previously as Ansar Beit Al-Maqdis. In 2014, the group declared its affiliation with the Islamic State group (IS) and has repeatedly launched deadly attacks on army and police checkpoints.

Over the course of the last five years, the Egyptian Armed Forces launched counter-attacks against militants across the Sinai Peninsula, where the group is based, particularly in the cities of Sheikh Zuweid, Rafah, and Al-Arish.

The armed forces launched three phases of Operation Martyr’s Right, which included mass military strikes, arrests, and creation of a buffer zone between the Gaza Strip and Sinai.

The three stages of Operation Martyr’s Right resulted in the destruction of dozens of houses and huts owned by militants as well as a workshop for making explosives. Similarly, in the process, trucks and motorbikes that were used by militants to attack state security checkpoints were also seized. The operation also resulted in the death of 500 militants since its beginning in September 2015, according to the head of military intelligence, Mohamed El-Shahat.

The military’s strategy to face terrorism is based on three stages. The first depends on monitoring and following up on terrorism networks, in addition to dismantling bases that provide logistical and financial support to these networks.

The second stage is based on the execution of sweeping military operations in cooperation with police forces and the residents of the Sinai Peninsula, aiming to achieve full elimination of terrorists’ presence, according to El-Shahat.

Meanwhile, the third stage depends on the launch of comprehensive development projects for the sake of upgrading the living status of the residents of the Sinai Peninsula with a strict follow-up on the security measures undertaken to fight terrorists.

In November 2017, Al-Sisi vowed to restore stability by eradicating terrorism, tasking the military and police to do so within a period of three months. This had followed a massive first-of-its-kind terror attack on a mosque in Al-Arish city, killing at least 305 citizens.

Hence, the military launched the Sinai 2018 operation, where the military leadership and the Ministry of Interior were assigned the mission of full confrontation of terrorism and other criminal acts.

According to the armed forces, the operation plan covers central and North Sinai and extends to other Nile Delta areas, as well as desert zones west of the Nile Valley. Until now, the armed forces declared that 105 militants were killed and 16 military personnel were killed in action.

Legally, the state has also utilised the judiciary to counter militancy.  Article 204 of the Egyptian Constitution permits military trials for civilians only in cases related to insulting the armed forces or targeting their equipment, vehicles, weapons, ammunition, documents, military secrets, public funds, officers, or personnel. From October 2014 to 2016 7,420 civilians were referred to military courts, where the state believes harsher sentences are handed. The law stipulated that public buildings and facilities include “electricity networks and stations, gas pipes, oil fields, railways, road and bridge networks, as well as other buildings.”

Egypt has also enhanced its judicial apparatus to counter militancy and speed up the dozens of tribunals are being held where thousands of defendants are on trial in terrorism related charges. On 9 April 2017, President Abdel Fattah Al-Sisi declared a state of emergency after the bombing of two Coptic churches, on the same day, in Alexandria and Tanta which led to the killing of 44 people. The state of emergency has put restrictions on public gatherings and steps up prosecution procedures.