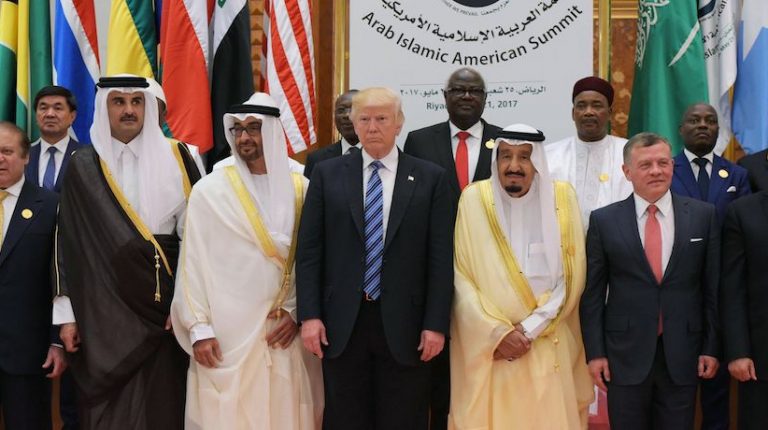 Egypt’s foreign policy goal over the last five years has been to obtain international recognition of the new political regime post-2013, which was framed as a non-legitimate military coup led by then-defence minister Abdel Fattah Al-Sisi overthrowing a democratically elected president.

“Given constraints like the political turmoil, violence, terrorism, economic instabilities, and regional and international media campaigns against the new regime, I would fairly say Egypt has managed to gain international and regional recognition for the post-July 2013 regime, including by its critics, Qatar and Turkey,” explains Ahmed Abd Rabou, visiting assistant professor from the Josef Korbel School of International Studies at the University of Denver.

As president of the country, Al-Sisi received and was received by world leaders on many occasions, in encounters which have resulted in signing a number of cooperation agreements. Egypt also held massive economic and cultural events which witnessed international participation and sought to be present in various international forums, obtaining a two-year non-permanent seat at the United Nations Security Council.

Thereafter, Egypt sought to reinstate itself as a central regional power. It is currently playing an advisory mediating role regarding crises facing Arab countries, including seriously attempting to ensure reconciliation between factions in Libya and Palestine and actively seeking de-escalation in Syria.

More recently, Al-Sisi revealed ambitions of becoming a gas hub in the region. In comments to Daily News Egypt, Abd Rabou argued, “even though it is still too early to judge how successful Egypt will be in this new game, but definitely, it will continue to play an essential regional role.”

After the African Union suspended Egypt in 2013 over the ouster of Islamist former president Mohamed Morsi, the country regained its membership within a year, when Al-Sisi was elected as president in 2014.

By 2017, Egypt was selected to preside over the AU in 2019, according to the presidency, while Al-Sisi participated in the the 30th Ordinary Session of the African Union Summit.

Amany El-Taweel, African affairs specialist at the Ahram Center for Political and Strategic Studies (ACPSS) argues that the step in 2019 represented a breakthrough in Egypt’s relationship with the African continent

“In this context, Cairo will be required not only to contribute to the development of the [African] Union at the organisational level, which is currently on the agenda of the African summits, but also to introduce new initiatives,” she opinied in an article for ACPSS on Tuesday.

This would include increasing military focus; besides offering training in special anti-terrorism programmes, Egypt would seek to secure independent military capabilities. El-Taweel further pointed out to the economic level within the AU’s Agenda 2063, which sets infrastructure at the heart of development.

The Sudanese ambassador to Cairo, Abdel-Mahmoud Abdel-Halim, has recently returned after a wave of political escalations between the two countries. Yet, tensions with Ethiopia and Sudan remain, mainly over the Grand Ethiopian Renaissance Dam, despite public discourses on consolidated relations.

“Current talks between Egypt, Ethiopia, and Sudan aim to find state-centric solutions to a unilaterally initiated large-scale hydro project, which may or may not be viable for the entire basin. Unless talks take into account a basin-wide approach, they are doomed to fail,” wrote Duncan E Omondi Gumba of the African Institute for Security Studies in February.

In conclusion, Egypt earned recognition not only for the legitimacy of its regime, but also for its important role as a stable country in the region and a strategic international ally amid growing regional turmoil, an illegal migration crisis, and efforts to bring an end to terrorism.

For his part, Abd Rabou believes such success should be accompanied by more transparency and engagement with the public.