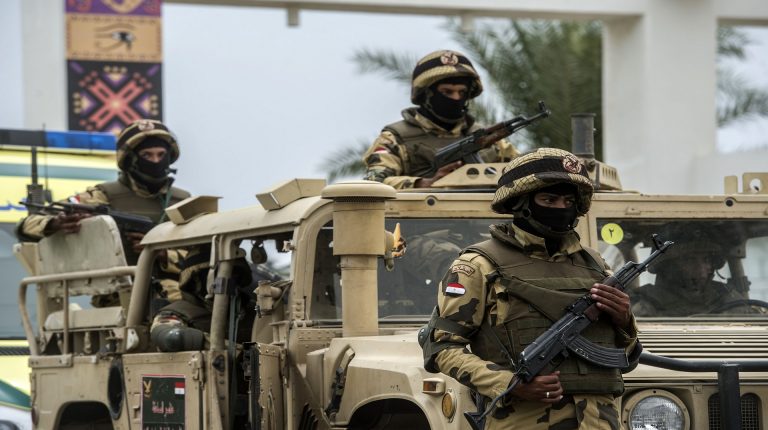 In previous years, the Middle East witnessed a number of wars and conflicts not witnessed since the October War of 1973. During this period, Egypt’s political leadership signed a large number of arms deals and even resumed local arms manufacturing.

Daily News Egypt sheds light on the most important Egyptian arms deals since 2012. 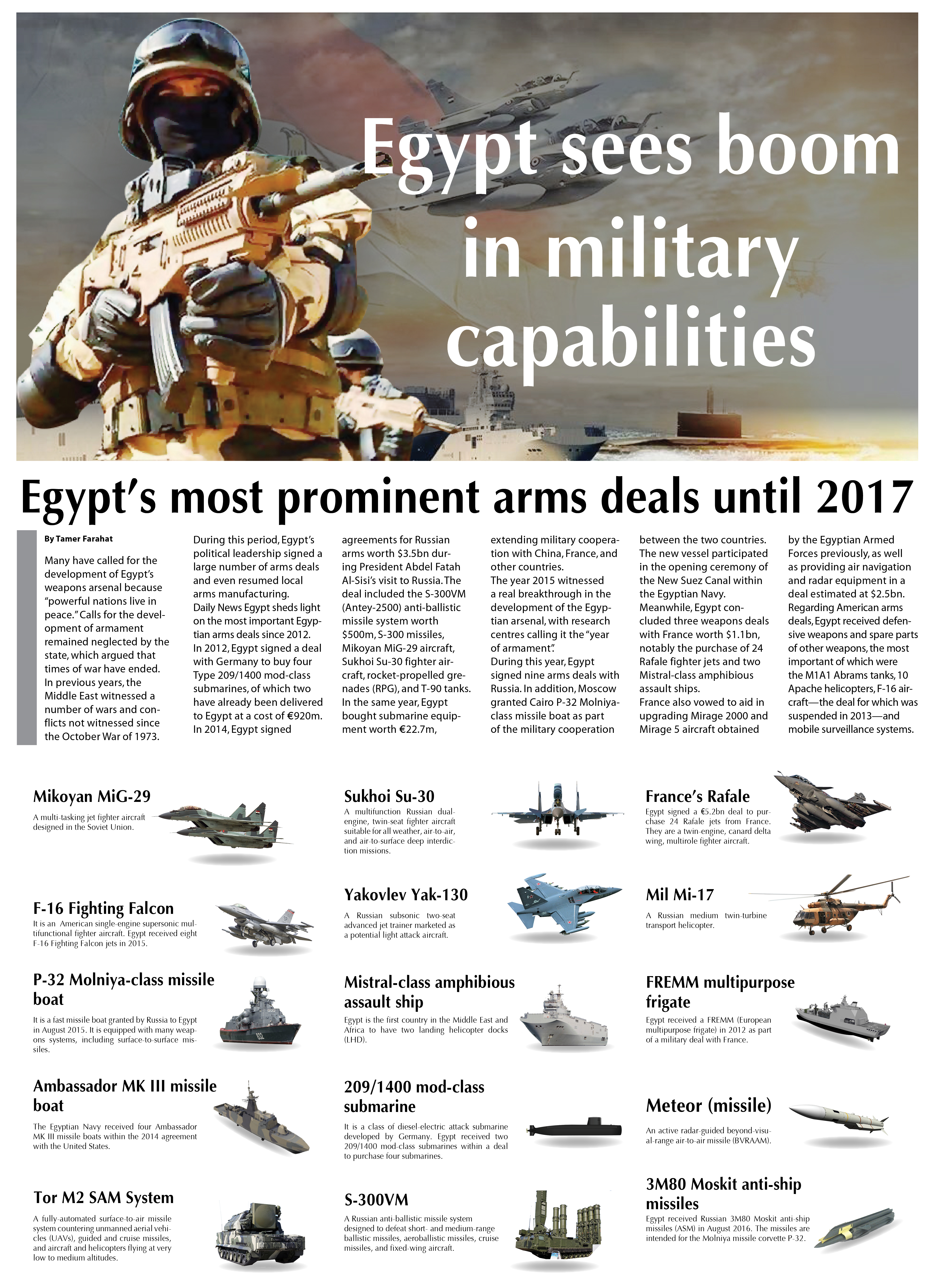 In the same year, Egypt bought submarine equipment worth €22.7m, extending military cooperation with China, France, and other countries.

The year 2015 witnessed a real breakthrough in the development of the Egyptian arsenal, with research centres calling it the “year of armament”.

During this year, Egypt signed nine arms deals with Russia. In addition, Moscow granted Cairo P-32 Molniya-class missile boat as part of the military cooperation between the two countries. The new vessel participated in the opening ceremony of the New Suez Canal within the Egyptian Navy.

France also vowed to aid in upgrading Mirage 2000 and Mirage 5 aircraft obtained by the Egyptian Armed Forces previously, as well as providing air navigation and radar equipment in a deal estimated at $2.5bn.

Regarding American arms deals, Egypt received defensive weapons and spare parts of other weapons, the most important of which were the M1A1 Abrams tanks, 10 Apache helicopters, F-16 aircraft—the deal for which was suspended in 2013—and mobile surveillance systems.