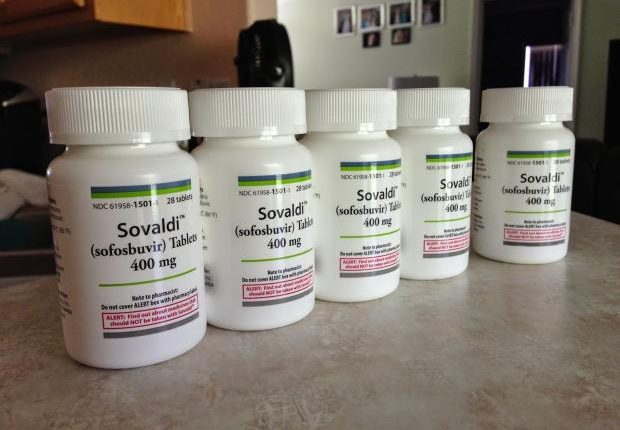 In his speech before the conference entitled The Story of a Nation in late January, President Abdel Fattah Al-Sisi reviewed the Egyptian experience in combating hepatitis C as part of the achievements of his first presidential term.

Egypt has made solid progress in curing the disease. The experience has been praised by different international bodies including the World Health Organisation (WHO), after curing about 2 million patients in the country at the lowest medical cost worldwide—$78 per pack of Sovaldi—which opened up prospects of medical tourism in the country.

Egypt is among the nations most affected by hepatitis C virus (HCV) and needs a comprehensive diagnosis of HCV epidemiology to inform the scale of treatment and prevention programmes, according to a new study published in Scientific Reports.

Globally, some 700,000 people die every year from liver disease related to hepatitis C, according to the World Health Organisation.

Hepatitis C is a bloodborne virus. It is most commonly transmitted via injectional drug use, specifically through sharing needles; the reuse or inadequate sterilisation of medical equipment, especially syringes and needles in healthcare settings; and the transfusion of unscreened blood and blood products. HCV can also be transmitted sexually and can be passed from an infected mother to her baby; however, these modes of transmission are much less common, according to the WHO.

In October 2014, the Egyptian Ministry of Health began its campaign of treating the epidemic using Sovaldi—developed by the US medical group Gilead Sciences Inc—at 26 medical centres across the country. The number has increased lately to reach more than 120 centres.

Commenting on the deal, then-minister of health Adel El-Adawi said that his ministry had reached a deal with Gilead for Egypt to buy Sovaldi for $300 for each dose sufficient for one month’s treatment, according to the state news agency MENA.

In November 2015, the ministry began curing patients with the second generation of the drug Harvoni.

In January 2018, the Ministry of Health announced performing examination on 5 million people to check whether they are affected by the disease. The minister also said that a portion from the World Bank loan to the Egyptian government was used to buy medical instruments to help in surveying hepatitis C.

Last week, Minister of Health Ahmed Emad El-Din Rady announced the cabinet’s approval of his ministry’s proposal for increasing the budget of combating hepatitis C by about EGP 35m. Rady said that the amount will be allocated for supporting the treatment of cirrhosis patients, the fourth phase of hepatitis C, and the early detection of the disease as cirrhosis patients are the most susceptible to liver cancer.

Rady added that among the 1.5 million patients who were treated during the campaign, 100,000 patients were identified at the fourth stage of hepatitis C.

In a meeting about combating liver viruses in cooperation with the World Bank, Rady announced that the ministry has finished the medical survey for about 5 million citizens to detect the disease in the past 14 months.

The Egyptian experience in the treatment of the virus was praised by several international and regional bodies such as the World Bank, whose deputy director in Egypt, Sherif Hamdy, thanked the Egyptian Ministry of Health for its efforts in combating HCV. Hamdy added that the World Bank took part in the process by providing technical support, as well as specialised and technical studies, including contributing to costs.

Director general of the World Health Organisation, Tedros Adhanom, praised the Egyptian experience in fighting hepatitis C, which resulted in treating more than 2 million patients. Also, WHO representative in Egypt, Jean Jabbour, said that Egypt has recorded a great achievement by treating about 2 million HCV patients. He added that the organisation supported Egypt by providing the sofosbuvir (the medical name of Sovaldi) drug for curing HCV at only 1% of its international price.

The Egyptian experience opened up the prospect of medical tourism in the country. For one, the Republic of South Sudan expressed its interest in collaborating with Egypt in the health sector, as the country suffers a huge issue with regards to hepatitis, according to Felix Lado Johnson, minister of health and environment in the government of Jubek State.

Johnson had previously told Daily News Egypt that the Egyptian success has given him interest to come to Egypt to meet Egyptian doctors and discuss how they could help South Sudan in defeating the virus.