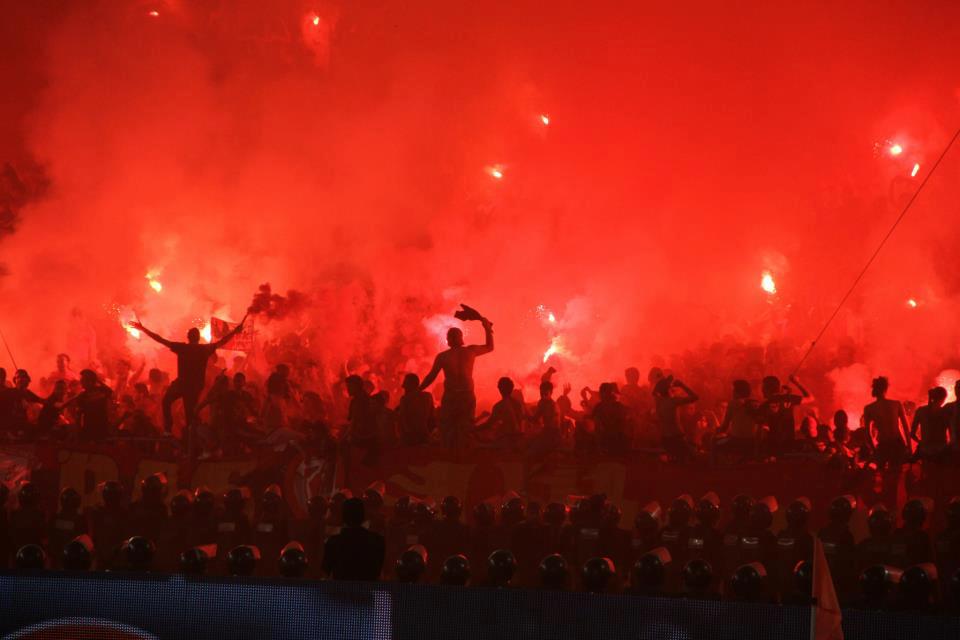 Egypt’s High State Security Prosecution ordered on Monday the detention of eight members of the Al Ahly Sporting Club fan group “Ultras Ahlawy” for 15 days pending investigations. The eight fans were arrested among others in the aftermath of the clashes that erupted last week at Cairo Stadium during an African Champions League game between Al Ahly and Gabon’s CF Mounana.

Also, the prosecution accused some of the spectators of belonging to the banned Muslim Brotherhood, according to state media.

Security forces accused Al Ahly spectators of entering a place in the stadium that is off limits to fans, and chanting against the state and police. Also, the police said that the spectators broke stadium seats, lit fireworks, and set two police vehicles on fire.

Ultras Ahlawy denounced the violence, saying in a statement on their Facebook page that those who committed those actions do not represent the Ultras, but are an “irresponsible minority.”

After about three years of banning football fans from attending local matches following the death of 72 Al Ahly supporters in clashes in Port Said in 2012, the ban was briefly lifted in January 2015, to be re-imposed after the death of 20 Zamalek fans. Authorities also allowed a limited number of fans to attend African games and national team matches.