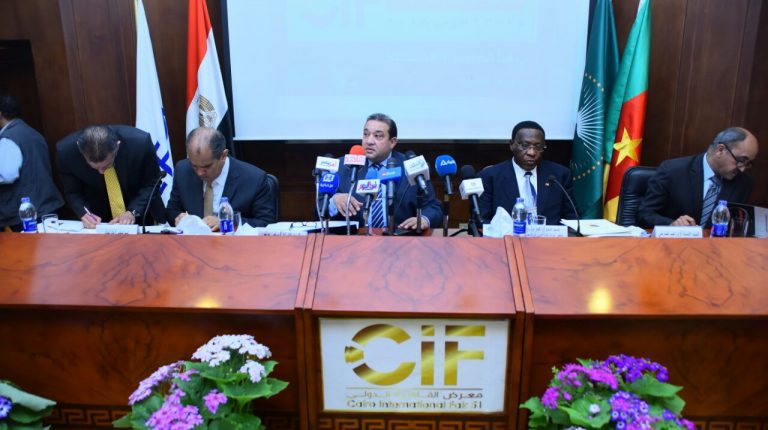 Sami Younis, chairperson of Egypt Expo & Convention Authority (EECA), announced at a press conference on Monday that Prime Minister Sherif Ismail will inaugurate on Wednesday 14 March, in the presence of Minister of Trade and Industry Tarek Kabil, the activities of the 51st Cairo International Fair (CIF) in Cairo, which will last until 23 March.

Younis added that the EECA is making great efforts to provide all the services and technical and logistical support to the participating companies to ensure the success of the exhibition and its execution in a manner that suits the name of Egypt.

He pointed out that the slogan of the 51st session is “Africa: Present and Future,” with Cameroon chosen as the guest of honour for this year’s exhibition, reflecting the unique position of Africa in “Egypt’s heart.”

Younis said that the fair has played a key role in boosting economic and trade relations between Egypt and various countries around the world, and it has contributed to increasing Egyptian exports to world markets for decades.

He added that the exhibition contributes to the identification of innovations in industrial fields, exchange of experiences, and transfer of advanced technologies.

The fair is considered one of the largest exhibitions in the region, Younis stressed, saying it is the largest commercial event that strengthens economic and trade relations between Egypt and the world.